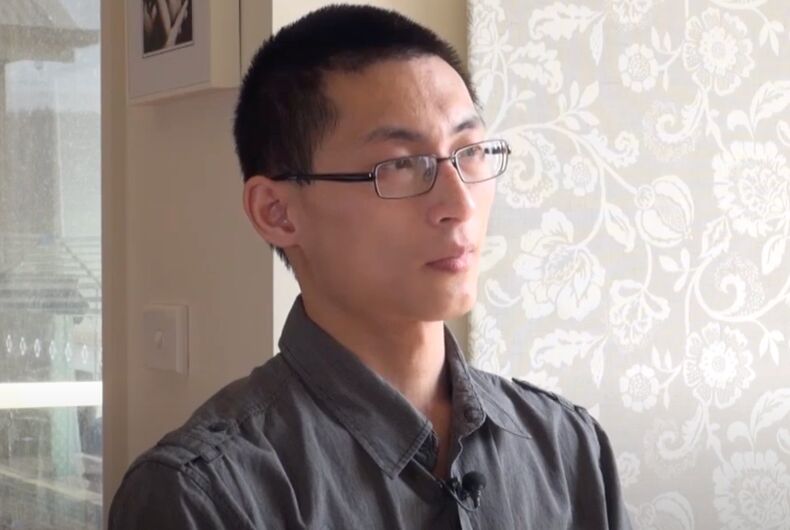 Dr. Jereth Kok has been stripped of his license to practice medicine by Australian authorities for sexist and anti-LGBTQ social media posts. The general practitioner was also accused of “endorsing genocide toward racial and religious groups.”

Kok’s license was suspended in August by the Medical Board of Australia, but he appealed to the Victorian Civil and Administrative Tribunal arguing the board was violating his religious freedom. Kok is a conservative Christian.

The board cited over 30 offensive posts made by Kok. The posts were so abhorrent Kok was stripped of his license during a global pandemic as retired doctors are asked to return to fight COVID-19.

Kok did not deny making the posts but claimed they were misunderstood or taken “out of context.”

“Some of the posts on a simple reading of them, arguably denigrate, demean, and slur medical practitioners who provide termination of pregnancies, recognize and treat gender dysphoria (in a manner that is in accordance with accepted medical practice) and recognize that people who identify as transgender are not suffering from a mental health condition,” the tribunal said in their order.

“Some of the posts, particularly read in isolation, do appear to endorse or call for violence and/or genocide towards racial and religious groups and endorse calls for capital punishment for members of the profession who provide termination of pregnancy services. Some of the posts do arguably express demeaning views regarding LGBQTI individuals.”

“Any patient who discovers that Dr. Kok expresses views on matters very personal to their own situation could reasonably question whether their own care or the care of others like themselves will be compromised,” the tribunal continued.

“We are satisfied that such posts have the real potential to undermine public confidence in the provision of services by health professionals. There is a real likelihood that the maintenance of the standards of the medical profession will be undermined by such posts, particularly when posted by a registered medical practitioner.”

Kok tried to bargain with the tribunal, offering to allow them to place conditions for reinstating his license contingent upon his social media activity, but the tribunal’s decision points out how disingenuous the offer was.

“We have grave concerns about whether the community would accept that any medical practitioner could switch, as though he were a light, from airing disrespectful views online to providing respectful and appropriate treatment for those who fall within a class he denigrates online,” the order reads.

“We also have concerns about the level of respect he can bring to other members of his own profession with whom he may have to engage and/or refer patients.”

“The role of the medical practitioner is not that of a machine who writes prescriptions in a cold, clinical manner who when walking through the door of the clinic, dissociates himself with all he has said and done,” they continued. “We consider that both past and present patients may reflect on their treatment differently if they were to become aware of the views expressed on social media by Dr. Kok.”

“Members of the medical profession cannot allow their commentary to escalate unchecked without any regard to the impact on or sensibilities of their Code of Conduct. They have responsibilities to current and/or future patients or vulnerable members of the community and the profession regarding their posts. We ultimately consider that Dr. Kok’s conduct compromises the confidence held by the public that they can seek and receive treatment safely not only from him but potentially from other members of the medical profession.”