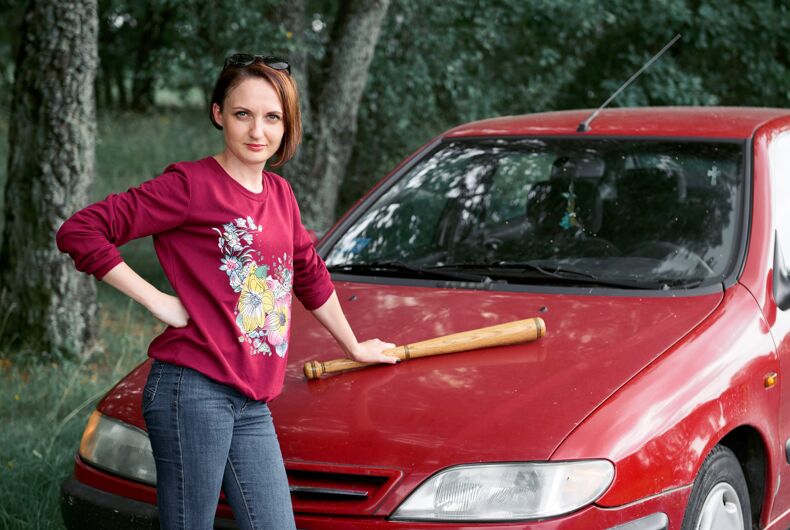 An unnamed lesbian in Australia got the shock of her life when she found out her longtime girlfriend was cheating – with her own mother. But what transpired afterward landed the woman in jail.

The couple split up after the affair was revealed, but when mom moved in with her daughter’s ex-girlfriend and their kids, the woman lost it. She showed up at her former flame’s house and used a baseball bat to smash in a window and destroy a car.

The woman discovered the affair after seeing a hickey on her mother’s neck and moved out of their home.

The couple’s children continued to live with her ex-girlfriend, but mom’s presence at the house made things awkward, the woman’s lawyer told the court. The magistrate agreed that the circumstances were incredible, but prosecutors pointed out the woman’s history of violent criminal altercations.

The judge sentenced her to anger management classes and let her go free.

But within weeks, the woman was back in court after assaulting her ex-girlfriend with a purse at her children’s school and scaring the children.

She pled guilty to “disturbing the good order of a state educational institution and breaching a domestic violence order” according to the Toowoomba Chronicle. She was sentenced to 100 hours of community service.