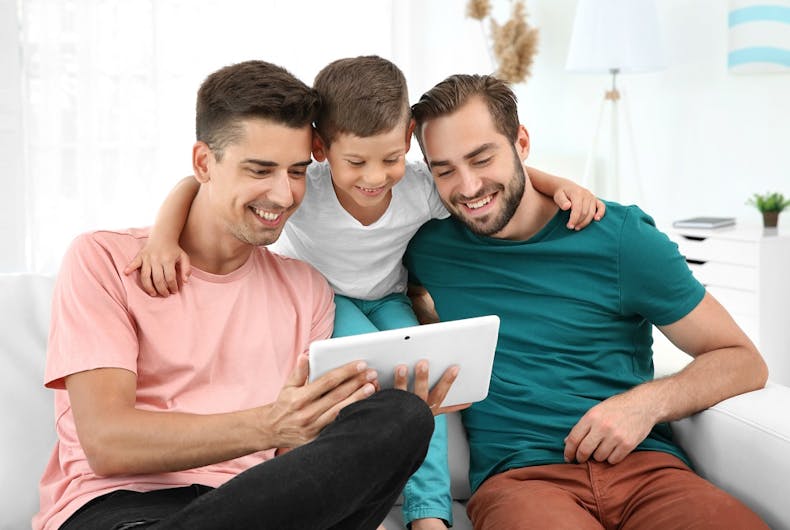 The Polish government announced that it will intervene to prevent a child from being adopted by a gay couple in the U.K.

Deputy Minister of Justice Michał Wójcik said that the Polish government will try to prevent the British government from allowing a boy to be adopted by a same-sex couple.

“We will take all measures to make sure this child, if it must be adopted, is adopted by a woman and a man,” Wójcik said.

The case involves a boy named Harry. His mother, Aneta Zrobczyńska, is from Poland and lives in the U.K., and she lost custody of Harry when she left him in the care of his 13-year-old sister and he badly burned himself.

Zrobczyńska, who suffers from depression and epilepsy, later found out from a social worker that Harry was going to be adopted by a same-sex couple.

“I do not want to agree to this,” she told Wirtualna Polska. “I would prefer him to be brought up by my mother and dad, and not by two fathers.”

Harry’s father, who is a U.K. citizen, agreed to the adoption, but Zrobczyńska tried to stop it. She went to the Polish consulate to get help.

Consul Paweł Nowakwas wrote her back, saying she must “respect the laws of the country where you have lived for several years.” Adoption by same-sex couples is legal in the U.K.

But her case got significant attention in rightwing Polish media. The Polish government does not recognize same-sex relationships and same-sex couples are not allowed to adopt.

Jarosław Kaczyński, the leader of the far-right Law and Justice Party, said earlier this year that allowing same-sex adoption turns “children into objects that are needed by someone, I do not know what for, let’s say for fun. We will defend ourselves against this.”

“If this is true, then the child is also a Polish citizen, so we will take all measures to make sure this child, if it must be adopted, is adopted by a woman and a man.”

Wójcik added that he would prefer the child be raised by a Polish family.

The mother said that she will fight for her son to be raised by straight people.

“I won’t turn back time, but I want to fix my mistakes. I want my son to have a loving family,” she said, implying that a same-sex couple would not be loving.