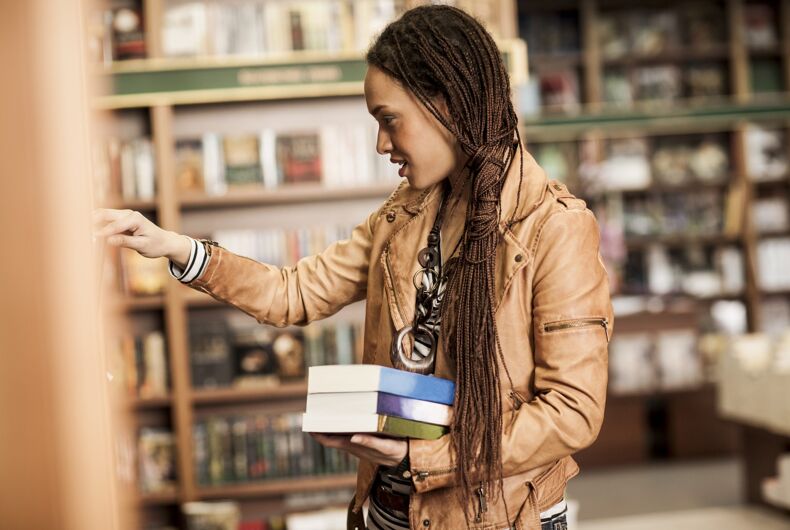 These stories make a difference.  Reading about other queer people’s lives can be as eye-opening for LGBTQ people, a deeper form of coming out that helps a diverse community understand others’ experiences.

These seven memoirs reflect just how wonderfully diverse the queer community can be. And what better gift for LGBTQ people is there than the gift of empathy and understanding?

Related: The 10 best books about bisexuality that should be on your shelf right now

Here are the seven memoirs published recently that would make the perfect holiday gift as chosen by our staff.

How We Fight for Our Lives by Saeed Jones

Haunted and haunting, How We Fight for Our Lives is a stunning coming-of-age memoir. Jones tells the story of a young, black, gay man from the South as he fights to carve out a place for himself, within his family, within his country, within his own hopes, desires, and fears.

Through a series of vignettes that chart a course across the American landscape, Jones draws readers into his boyhood and adolescence—into tumultuous relationships with his family, into passing flings with lovers, friends, and strangers. Each piece builds into a larger examination of race and queerness, power and vulnerability, love and grief: a portrait of what we all do for one another—and to one another—as we fight to become ourselves.

It took Jacob years to discover that being “a sissy” isn’t something to be ashamed of. It’s a source of pride. Following Jacob through bullying and beauty contests, from Duke University to the United Nations to the podiums of the Methodist church – not to mention the parlors of the White House – this unforgettable memoir contains multitudes.

A deeply personal story of trauma and healing, a powerful reflection on gender and self-acceptance, and a hilarious guidebook for wearing tacky clip-on earrings in today’s world, Sissy guarantees you’ll never think about gender – both other people’s and your own – the same way again.

In this heartfelt, funny, touching memoir, Tan France tells his origin story for the first time. With his trademark wit, humor, and radical compassion, Tan reveals what it was like to grow up gay in a traditional South Asian family, as one of the few people of color in South Yorkshire, England. He illuminates his winding journey of coming of age, finding his voice (and style!), and marrying the love of his life – a Mormon cowboy from Salt Lake City.

A Song for You: My Life with Whitney Houston by Robyn Crawford

After decades of silence, Robyn Crawford, former lover, close friend, collaborator, and confidante of Whitney Houston, shares her story. Deeply personal and heartfelt, A Song for You is the vital, honest, and previously untold story that provides an understanding of the complex life of Whitney Houston. Finally, the person who knew her best sets the record straight.

He Said, She Said: Lessons, Stories, and Mistakes from My Transgender Journey by Gigi Gorgeous

With stunning photography and heirloom snapshots, He Said, She Said takes us back to Gigi’s early years as an Olympic-bound diver and high school mean girl, losing her mom at a tragically young age, and her journey of opening up about her sexuality and gender identity. She walks us through her transition, baring it all about dating and heartbreak in her stories of falling in love with both men and women.

Uproarious, unconventional, and unabashedly candid, Gigi shares never-before-heard stories, inspiration, and advice about how your life can take you to incredible places once you get real with yourself.

In the Dream House by Carmen Maria Machado

Tracing the full arc of a harrowing relationship with a charismatic but volatile woman, Machado struggles to make sense of how what happened to her shaped the person she was becoming.

And it’s that struggle that gives the book its original structure: each chapter is driven by its own narrative trope – the haunted house, erotica, the bildungsroman – through which Machado holds the events up to the light and examines them from different angles. She looks back at her religious adolescence, unpacks the stereotype of lesbian relationships as safe and utopian, and widens the view with essayistic explorations of the history and reality of abuse in queer relationships.

Becoming Eve: My Journey from Ultra-Orthodox Rabbi to Transgender Woman by Abby Stein

Abby Stein was raised in a Hasidic Jewish community in Brooklyn, isolated in a culture that lives according to the laws and practices of eighteenth-century Eastern Europe, speaking only Yiddish and Hebrew and shunning modern life. Stein was born as the first son in a dynastic rabbinical family, poised to become a leader of the next generation of Hasidic Jews.

But Abby felt certain at a young age that she was a girl. She suppressed her desire for a new body while looking for answers wherever she could find them, from forbidden religious texts to smuggled secular examinations of faith. Finally, she orchestrated a personal exodus from ultra-Orthodox manhood to mainstream femininity – a radical choice that forced her to leave her home, her family, her way of life.

Powerful in the truths it reveals about biology, culture, faith, and identity, Becoming Eve poses the enduring question: How far will you go to become the person you were meant to be?

The Advocate & Out’s editors both resign amid financial troubles