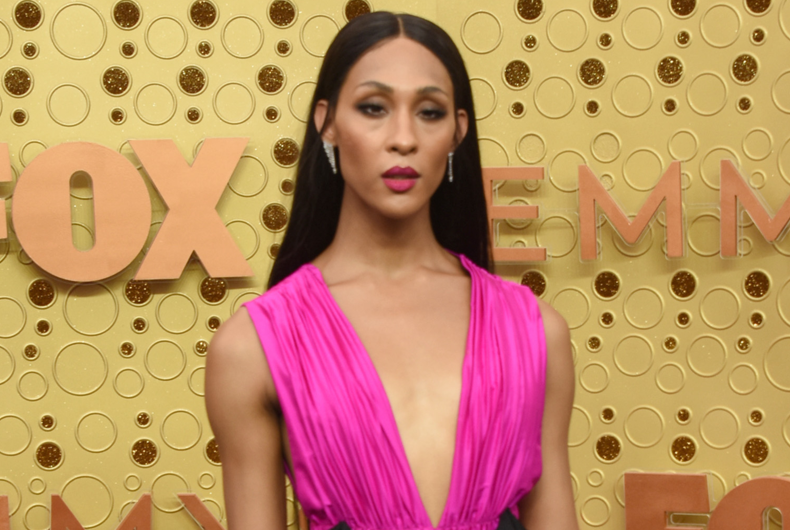 Since her show Pose has become more and more popular, Mj Rodriguez’s stardom has only skyrocketed. Now, she’s getting an exciting – and groundbreaking – opportunity.

Cosmetics brand Olay, owned by the conglomerate Proctor & Gamble, has signed the Imagen Award-winning actress to a contract, with the intentions to make her the spokesperson of Olay Body’s upcoming 14 Day Skin Transformation campaign.

Related: Trans actress Indya Moore will scream their head off in the horror flick ‘Escape Room 2’

According to The Cut, which spoke with Rodriguez, they note that “it’s the beauty giant’s first partnership with a trans, Latinx woman.”

“When they called me, I screamed on the phone, because Olay is one of the leading forces in beauty,” Rodriguez told the style publication, “I was like ‘oh my god, am I really being considered for this, am I worthy?’”

Good afternoon warriors. I am on my journey to figure "ME" out more and part of that is preparing my skin for those big and small moments. Lately my skin has been dry and ashy 🤭 . With the 5th Annual Diversity Summit in just 14 days, I’m teaming up with @Olay Body for a 14 day skin transformation journey to get my skin from dry and stressed to glowing and healthy. I’m already feeling myself! Peep my stories as I get ready for my big moment using Ultra Moisture Body Wash @Olay, #OlayBodyPartner #Ad

As The Cut notes, Rodriguez has become a ‘red carpet staple’ and had her fashion sense shared in Vogue and Allure, so it’s not far fetched to think she would make a successful brand ambassador for the billion-dollar cosmetics group. “A lot of girls like myself — trans women — we don’t get the opportunity to have open dialogue, let alone be in partnership with organizations like this,” she remarked.

The deal called for her to go 14 days while publicly forgoing use of any other cosmetic product but Olay Body Ultra Moisture. She completed it the day she delivered a keynote speech at the 5th Annual Diversity Summit. “After today I’m stepping forward into the future with confidence and I am loving my soft and moisturized skin,” she wrote on Instagram.

WOW! TODAY IS FINALLY THE DAY… I’m down here in Washington D.C. Speaking on the importance of diversity, inclusion and equality! I am feeling all types of confident for my speech at the Diversity Summit thanks to my friends at @Olay Body. This is officially my first ever beauty campaign — I am so thankful to have the opportunity to show other trans women of color everywhere that they are seen and that they are worthy. Today marks the final day of my 14 Day Skin Transformation where I didn’t have to use anything but @Olay Body Ultra Moisture with Shea Butter to get this gorgeous smooth skin, IN ONLY TWO WEEEEKKKSSSS. After today I’m stepping forward into the future with confidence and I am loving my soft and moisturized skin x​oxox #OlayBodyPartner #fearlessmoment

In addition to playing Blanca Rodriguez, a ‘house mother’ on the LGBT ballroom-inspired drama Pose, Rodriguez has also appeared on Nurse Jackie, The Carrie Diaries, and Luke Cage in addition to headlining a regional production of Little Shop of Horrors. Just last month, Outfest gave her their Individual Trailblazer Award to “pay tribute to an artist whose recent star-making success comes after years of hard work and acclaimed performances on stage,” according to Broadway World.

In a statement, Rodriguez said “I am so excited to work with Olay Body on this campaign…I am so thankful to have the opportunity to show other trans women of color everywhere that they are seen and that they are worthy.”