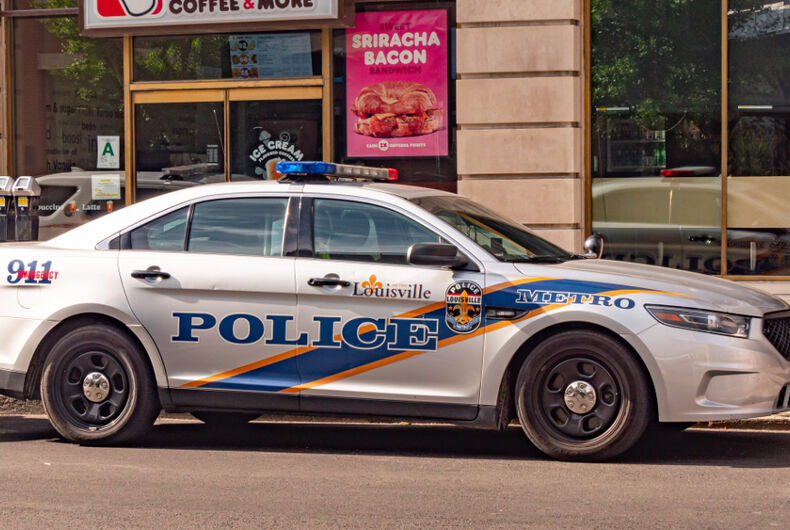 John Burgraff — a gay officer with the Louisville, Kentucky Metro Police Department (LMPD) — is suing the city and the police department for anti-gay discrimination after his commanding officers effectively accused him of pedophilia when he came out to teens in police department youth program. He claims he was also passed over for a promotion as a result.

In December 2017, Burgaff mentioned that he was gay to 14- to 18-year-olds in the department’s Youth Police Advisory Committee because he was the LMPD’s LGBTQ Liaison Officer. Afterwards, Burgaff’s commanding officer Lt. Phil Russell instructed Sgt. Corey Robinson to tell Burgraff “his remarks were not appropriate for a youth event.”

Robinson added that Burgraff had been “looking lustfully or suggestively at a boy in the audience,” according to WDRB.

Burgraff reported Robinson’s comments to the Chief’s office that same month, and the office opened an investigation. By May 2018, LMPD Police Chief Steve Conrad declared that he hadn’t found enough evidence to sustain the charge.

Burgraff later complained to Major Andrea Brown about his discomfort about having Robinson remain as his supervisor. Burgraff took a short vacation in January 2018 to alleviate his stress over the incident. When he returned, Brown told him that Robinson’s comment “was not that bad.”

He later faced unspecified disciplinary charges for coming out to the teens, charges which he only found out about from a local reporter. When Burgraff asked for a copy of the files related to the investigation on his behavior, his request was denied.

Burgraff claims that the investigation and disciplinary charges caused him to be passed over for a position in the department’s Public Information Unit. He is now seeking a jury trial and unspecified monetary damages, according to WDRB.

In a similar case decided last month, a jury awarded gay St. Louis police officer Sgt. Keith Wildhaber $20 million in damages after the department denied him a promotion 23 times over for being “too gay.”