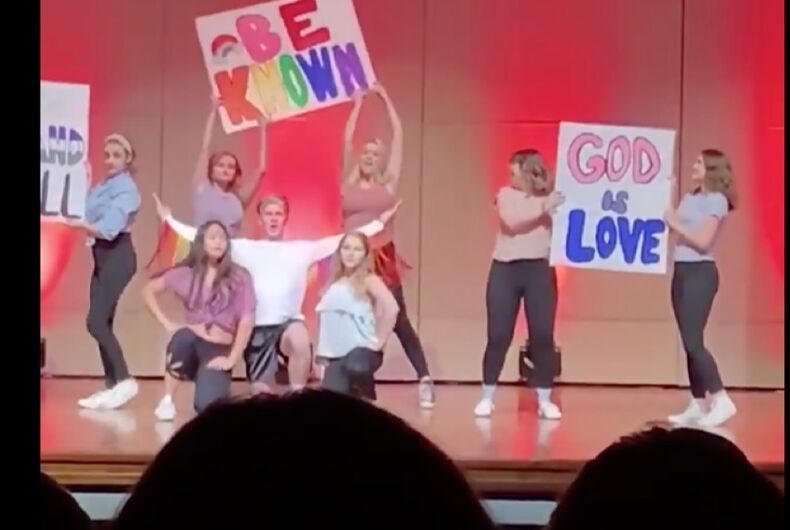 When Reid Arthur decided to come out, he did it with flair. A student at a Christian university, Arthur literally had a big reveal.

The George Fox University student performed Taylor Swift’s “You Need To Calm Down” during a school lip-sync battle and his backup dancers yanked off his sleeves to reveal rainbow tassels midway through his performance. He was met with loud cheers and whistles after his big reveal.

Reveal: This celebrity chef’s coming out story will leave you sobbing

Arthur won the competition. He said he would donate the $500 prize to the Trevor Project, which provides suicide prevention services to LGBTQ teens.

George Fox is a Quaker university, but students say it is not supportive of LGBTQ students and staff.

Reid Arthur- who goes to George Fox University, a Christian university, coming out to his school to @taylorswift13 🌈
pic.twitter.com/yQGuhr3Co7

Editor’s Note: This story was updated to reflect student and staff experiences at the school.