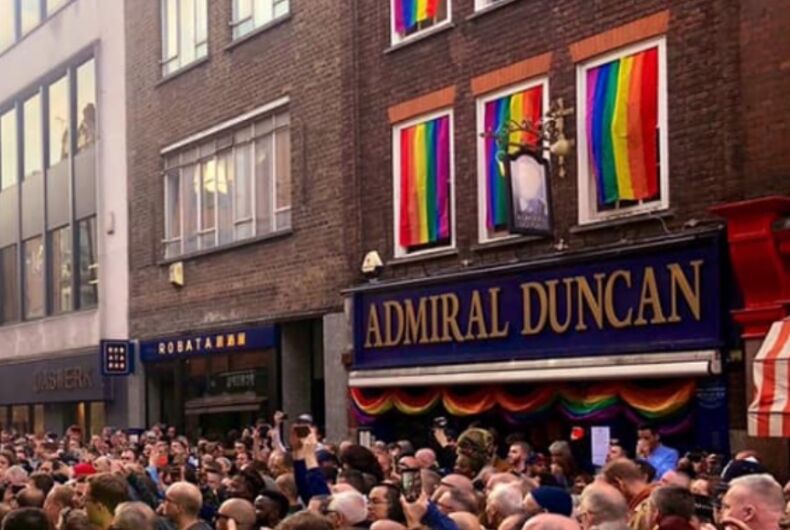 A gay bar shared a strange postcard they received accusing them of turning their street gay.

The Admiral Duncan – which has a 94% rating on Gay Cities – is a popular queer pub in London’s Soho neighborhood.

Related: A mother didn’t know what to do when her son came out. So she called a gay bar.

On Twitter, the Admiral Duncan shared a postcard they received that opens by referencing a 1999 bomb attack that killed three people at the bar, before getting to the point: “Old Compton Street was much better before you lot turned it into a gay street.”

The letter-writer then discussed what Old Compton Street was like before the Admiral Duncan gayed it up: “In 1961 when I was picking up my cup final ticket, it was full of [anti-Italian slur], [anti-Semitic slur], and [anti-Irish slur], the salt beef of the Earth.”

“Soho was great,” the anonymous hater continued. Apparently the slurs in the previous sentence were used affectionately.

“Before you lot turned it into a gay street” pic.twitter.com/LqQrFrftP3