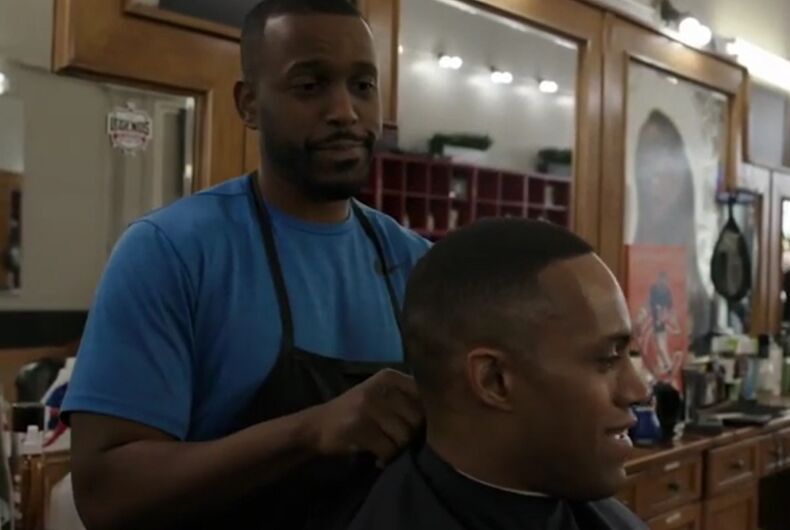 A California court ruled in favor of a man who was denied service at a barber shop because he’s HIV-positive.

In 2017, the owner of the King of Kuts barbershop in Los Angeles, Ramsy Milton, refused to cut personal trainer Nikko Briteramos’s hair and said that no one who worked at the shop could either after he found out that Briteramos is living with HIV.

Milton allegedly said that he was worried that his “celebrity clientele” would stop coming to the barbershop if they found out that someone with HIV got a haircut there.

With the help of Lambda Legal, Briteramos sued, saying he faced illegal discrimination under the Americans With Disabilities Act and California’s Unruh Civil Rights Act.

“This judgment is proof that what happened to me in that barbershop and what happens to people living with HIV who experience discrimination just trying to do basic things in life like go the dentist or get a haircut is simply not acceptable,” Briteramos said in a statement.

His story starts two decades ago. Briteramos, a Black man from Chicago, was attending college at Huron University in South Dakota when he was diagnosed with HIV after he donated blood.

Before he got confirmation test results, he was caught by public health officials in his dorm room with a female student. They accused him of having sex with her without disclosing his status, and his name was splashed in the media as a Black man from Chicago who “brought HIV to this small college town,” according to the complaint.

The woman never tested positive for HIV and didn’t want Briteramos prosecuted, but felony charges were filed. He pled guilty and served 18 months in prison, lost his scholarship, and dropped out of college.

He tried to rebuild his life and enrolled in community college, but he faced stigma in the Midwest so he moved to California to get a fresh start.

In October 2017, he went to King of Kuts and saw a new barber there, someone who knew him from Chicago. The complaint says that he saw the new barber talking to Milton, and later Milton went up to Briteramos and said he could not get a haircut there. That’s when Milton told Briteramos about his “celebrity clientele.”

Of course, a barber can’t get HIV from cutting people’s hair. His case inspired the Black AIDS Institute to launch a public education campaign called “Cut the Stigma.”

“This ruling is a terrific affirmation for our client, and it is a clear and forceful rebuke of intentional discrimination against people living with HIV,” said Lambda Legal’s Anthony Pinggera. “This is the end of Nikko’s case, but our work to raise necessary awareness in Black communities around the country to the ongoing issues surrounding HIV discrimination continues through our partnership with the Black AIDS Institute on the Cut the Stigma campaign.”

A trans Starbucks employee was misgendered on the job. Starbucks says it isn’t harassment.

Solidarity is a force stronger than gravity