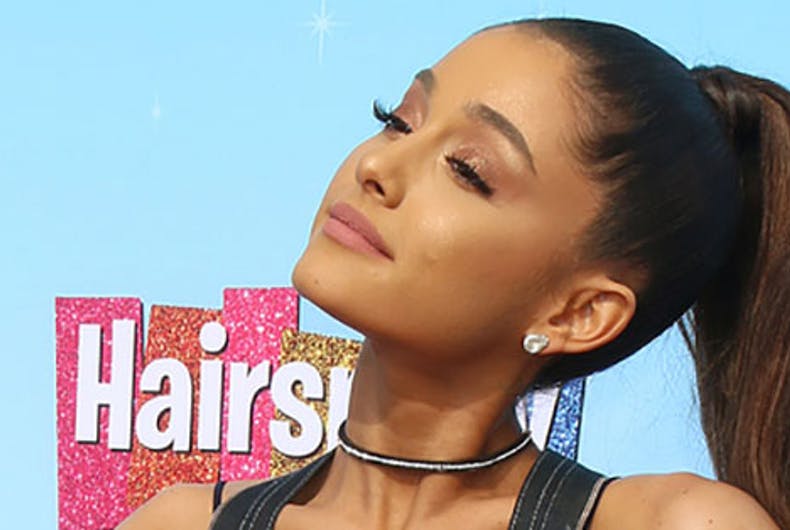 Pop star Ariana Grande made a surprise visit to a Texas gay club.

Last week Ariana visited HEAT nightclub in San Antonio. Fans spotted her and one even caught a video of her tipping Miss Toni Andrews, a drag queen.

ariana grande really went to our local club and was tipping queens $100 bills i fuckin love her pic.twitter.com/IzWtj1KI9E

One of the queens saw that Ariana was in the club and went backstage to tell the others.

Related: Voldemort is a ‘dangerous woman’ in one of the most amazing drag performances you’ll ever see

“I was like, ‘Oh my God! Oh my God!'” Miss Andrews told KENS 5 about when he heard that Ariana was in the club.

“I just said, ‘Bitch, get into it, get into it. Bring out your inner J-Lo, Madonna, Ariana, Rhianna — everything.”

She said that she wasn’t planning to perform any Ariana Grande songs, but she changed things up.

At one point, Ariana got up and bowed to the drag queen and gave her a tip.

According to local news reports, Ariana tipped in $20 bills but gave some of the queens $100 bills.