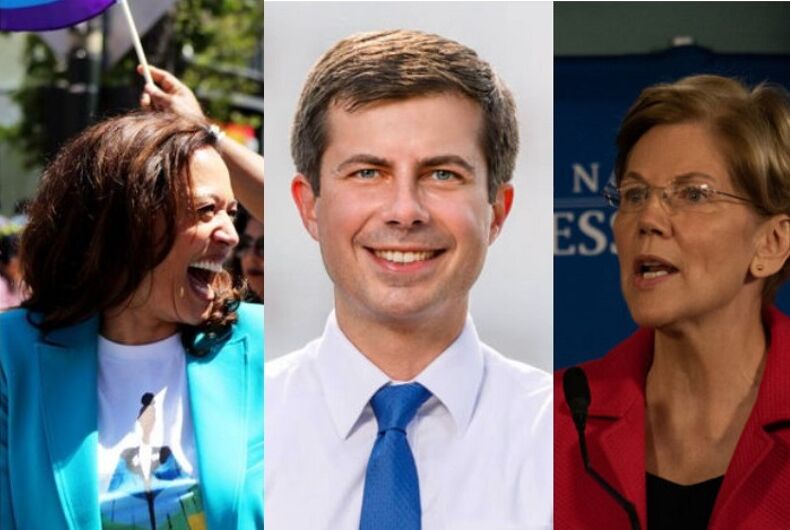 The Democratic presidential candidates will appear at an LGBTQ forum later this year.

The Human Rights Campaign (HRC) will be hosting a presidential forum on October 10, 2019, at UCLA. That is, just before National Coming Out Day.

HRC has not said what the format of the forum will be – whether it will be a succession of candidates or if they will be on-stage together and able to respond to one another – or who will be moderating.

Candidates will be able to qualify for the forum by getting at least 1% support in three different national polls and getting over 65,000 donors from 20 different states, the same as the requirements for getting into the other primary debates.

Exit polls in 2016 found that 78% of LGBT people voted for Hillary Clinton in the presidential election, up from the 70% that voted for Barack Obama in 2008, so LGBT people are a loyal Democratic constituency that the primary candidates should want to appeal to.

A drag queen was performing when a toddler asked if she’d do his favorite song. Then magic happened.