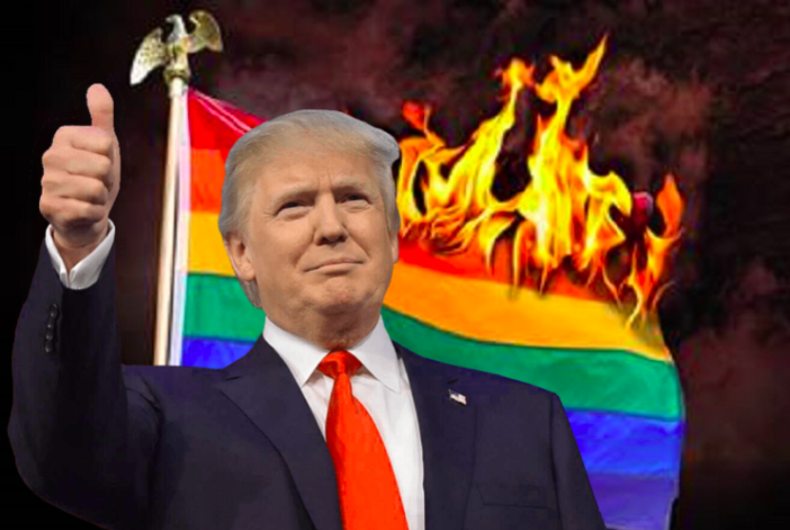 The transgender military ban will go into effect on April 12, according to a Defense Department memo.

After April 12, people diagnosed with gender dysphoria and who live as their true gender or are on hormone replacement therapy will not be allowed to enlist in the military.

While just being diagnosed with gender dysphoria will not be enough to be discharged, a transgender person can be discharged if they are “unable or unwilling to adhere to all applicable standards, including the standards associated with his or her biological sex, or seeks transition to another gender.”

Since Donald Trump tweeted the transgender military ban in July, 2017, the policy has faced four court challenges, each of which resulted in an injunction against the ban.

But lawyers in that case say that the fourth injunction isn’t technically lifted yet.

Jennifer Levi at the LGBTQ organization GLAD said that the plaintiffs still have 21 days to ask that a larger panel of judges rehear a determination by the DC Court of Appeals.

“The [D.C. Court of Appeals’ mandate to the lower court to withdraw the preliminary injunction] clearly has not[been] issued so the injunction remains in place,” Levi told Buzzfeed News.

“The injunction does not and cannot dissolve automatically without a court order and, in this case, there is no court order until the mandate issues.”

The Justice Department disagrees, and the Defense Department is moving forward with the ban.

“The President’s revival of his bigoted, disgusting ban on transgender service members is a stunning attack on the patriots who keep us safe and on the most fundamental ideals of our nation,” she said.

“The President’s years-long insistence on his cowardly ban makes clear that prejudice, not patriotism, guides his decisions.”