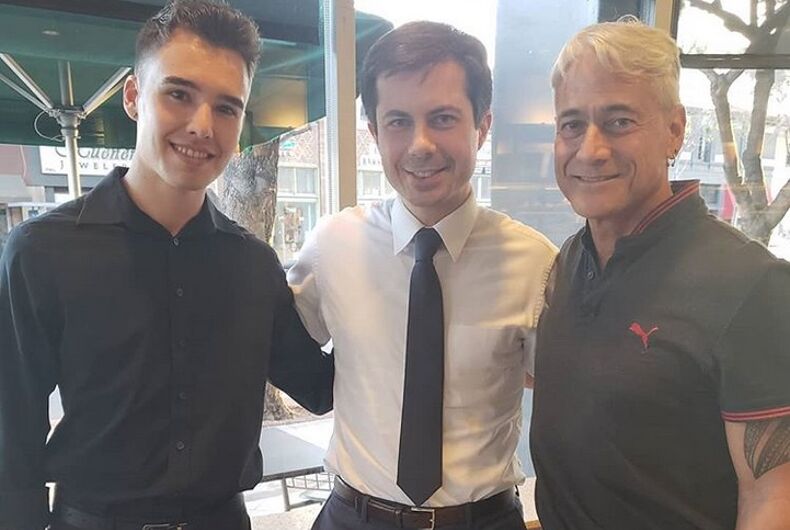 Gay diving legend Greg Louganis wrote on social media about a time he rebuffed Mike Pence’s request for a photo op with him.

Louganis, who swept the diving events at the 1984 and 1988 Olympics, said on Instagram that he met Pence a few years ago when he was still the governor of Indiana. Louganis wrote that Pence “fights every day against basic equality.”

At the end of the meeting, Pence asked for a photo, and the diver refused.

The anecdote appeared in an Instagram post with a picture with another politician from Indiana: South Bend Mayor Pete Buttigieg.

Louganis said that Buttigieg was “rightly getting a lot of positive attention.”

A few years back, @vp #MikePence, who fights every day against basic equality, asked me to meet with him in his office in Indiana. I took the meeting, but when he asked for a photo op (think about that), I declined. This past week, I met a candidate for President that provided an alternative Indiana photo op: @pete.buttigieg, rightly getting a lot of positive attention, is someone I am proud to stand next to in a photo. Special mention of @evanhenzi, also in this pic, he's a smart, talented artist, and wisely, an early supporter of #mayorpete. Evan's hit song "Call to Arms" evokes the positive changes I see coming. #EqualityForAll #2020 @cnn @donlemoncnn @chrisccuomo @msnbc @maddowshow @foxnewssunday #music

Louganis came out in 1994 and in 1995 he announced that he was living with HIV in an interview with Barbara Walters.

He was at the center of an explosive controversy, accused of possibly transmitting HIV to other divers when he injured his head at the 1988 Olympics and bled into the pool. How HIV is transmitted was well-understood by 1995, and the CDC said that chlorine kills the virus, that it was diluted in thousands of gallons of water, and that it can’t be spread to people who don’t have open wounds themselves.

In 2013, Louganis was one of the first people inducted to the National Gay and Lesbian Sports Hall of Fame.

Also appearing in the Instagram photo was musician Evan Henzi.

The bill was supposed to be about sick time. Instead, it became a challenge to LGBTQ rights.

Chick-fil-A gave over $1.8 million to anti-LGBTQ groups according to recent tax returns