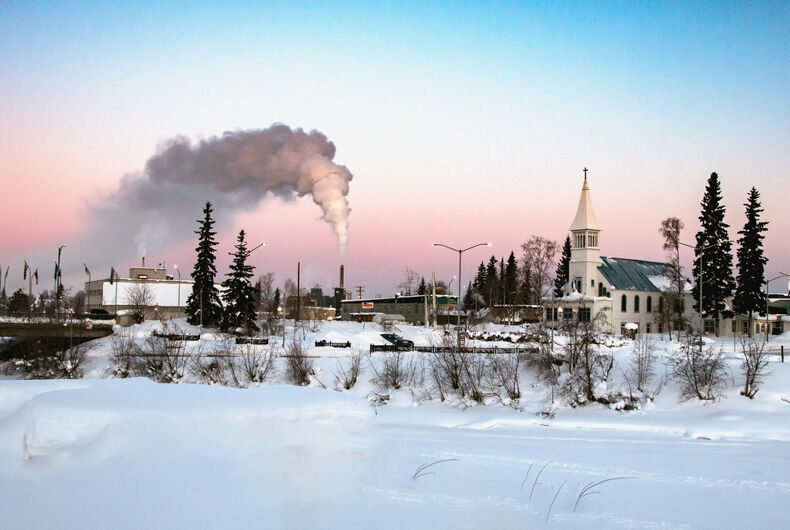 The mayor of Fairbanks, Alaska, has vetoed an LGBTQ inclusive anti-discrimination ordinance passed by the city council just days before. Surprisingly, Mayor Jim Matherly was a co-sponsor of the ordinance, known officially as Ordinance 6093.

“After much soul-searching, research, and examination of all facets of the issues surrounding Ordinance 6093, I am exercising my veto powers under the City Charter Section 4.2 and vetoing this Ordinance,” said Matherly in a letter to the residents of Fairbanks published in the Daily News-Miner.

“I do not take this action lightly. I became a sponsor of Ordinance 6093 because I believe that all people should be treated with dignity and respect, and the concept behind this Ordinance is sound,” Matherly continued. “As with most concepts, the details become challenging when they affect so many people with different priorities and opinions.”

Matherly is hoping the ordinance will end up on the ballot during October’s election, rather than in the hands of the legislature. The Fairbanks City Council passed the legislation last Monday in a 4-2 vote.

Ordinance 6093 would have made Fairbanks the fourth city in Alaska with an LGBTQ inclusive anti-discrimination ordinance, joining Anchorage, Juneau, and Sitka.

Council Member Kathy Ottersten took to her Facebook page to express her frustration with Matherly.

“This is, quite simply, the type of anti-democratic, cynical, and cowardly act that seems to be increasingly common in our nation, and one which I genuinely hoped would not afflict our city and negate our culture of fair-dealing and honesty,” said Ottersten of the mayor’s veto.

Ottersten was one of the original co-sponsors of Ordinance 6093, and a transgender woman.

Ottersten says that she had been told no less than a week before by Mayor Matherley that he was not planning to veto the bill, even though she had heard from several other sources that he was going to do so to aid his mayoral re-election.

“He assured me that this was not true, and I believed him,” said Ottersten.