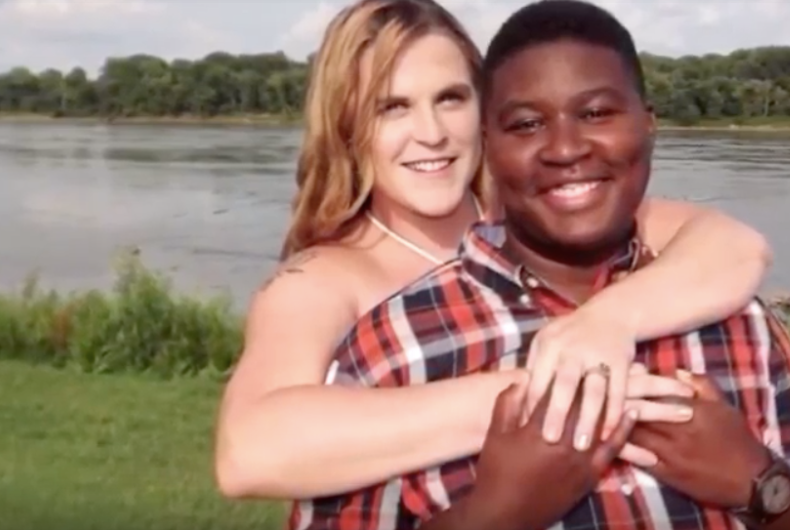 Michelle King and Amanda Shelton, a lesbian couple, were turned away from ballroom dancing lessons at the Prestige Ballroom in Des Peres, Missouri after the instructor, Dave Thompson, allegedly informed the couple, “We don’t have accommodations for same sex couples to dance. It would make everyone else in the room awkward.”

Shelton bought the lessons on a discounted deal website, Groupon, so she and her fiancée could learn how to dance for their upcoming wedding.

Shelton responded, “Well, I didn’t pay for you. I paid for Prestige.”

When asked by a journalist from ABC News 13 about his refusal of the couple, Thompson responded, “I can’t discuss it right now. I have to get with my legal counsel and have them get with you.”

ABC News 13 found that Prestige doesn’t advertise its refusal of same-sex couples on its website. Thompson reportedly told King that his refusal had nothing to do with his religious beliefs. If it had, it would’ve technically been legal.

Missouri is one of more than 20 U.S. states that has a Religious Freedom Restoration Act law on its books. These laws forbid the government from substantially limiting people’s right to follow their religious beliefs unless there’s a compelling reason to do so.

Religious rights have been invoked in other instances when businesses refuse to serve same-sex couples.

Missouri also offers no explicit protections for public accommodation based on sexual orientation or gender identity. It’s one of 27 U.S. states that allow this sort of anti-LGBTQ discrimination.

Here is the ABC News 13 report about the incident:

Fox News keeps getting worse. Maybe it’s time for Democrats to just write it off.