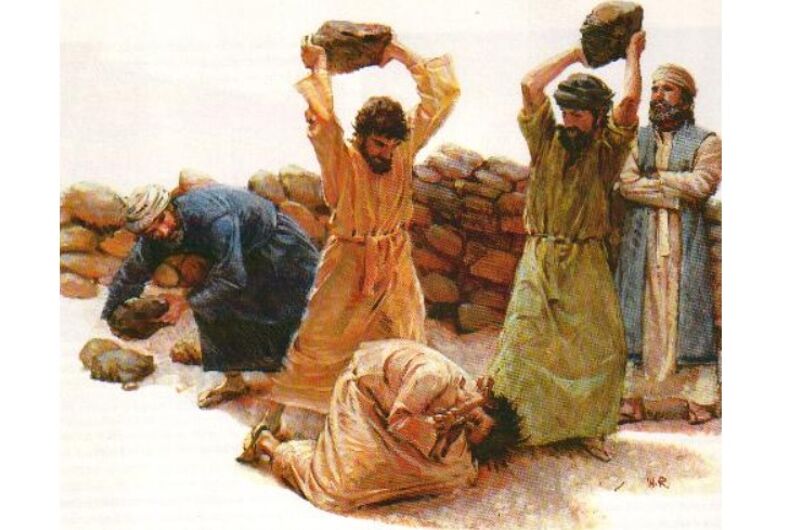 A stoning scene from a church in Quebec.Photo: Wikimedia Commons

Brunei will soon allow for stoning to be used as punishment for sodomy.

Several updates to the penal code that were approved in 2013 will go into effect on April 3, according to a notice published on the government’s website.

“I am extremely concerned by this move,” said Matthew Woolfe of the human rights organization The Brunei Project told Gay Star News. “Some of the laws that we are about to see implemented are horrendous and unjustifiable.”

In 2013, several updates to the penal code smaller punishments like fines for several crimes like having a baby out of wedlock, missing prayers, or promoting religions other than Islam. Stiffer punishments for other crimes were left to be implemented at a later date.

“The decision to implement the (penal code) is not for fun but is to obey Allah’s command as written in the Quran,” Sultan and Prime Minister Hassanal Bolkiah said in 2014 when the changes started to go into effect, adding that the changes to the penal code as a “great achievement.”

“Under international law, stoning people to death constitutes torture or other cruel, inhuman or degrading treatment or punishment and is thus clearly prohibited,” Rupert Colville, a spokesperson for the UN High Commissioner for Human Rights, said in 2013 when the law was first passed.

“The provisions of the revised penal code may encourage further violence and discrimination against women and also against people on the basis of sexual orientation.”

There are currently ten countries that punish homosexuality can be punished with the death penalty. Several of them, including Yemen, Saudi Arabia, and Mauritania, specify that stoning can be used as a punishment.

Brunei is located on the island of Borneo and is completely surrounded by Malaysia. The official state religion is Islam, although only two-thirds of its 400,000 inhabitants identify as Muslim.