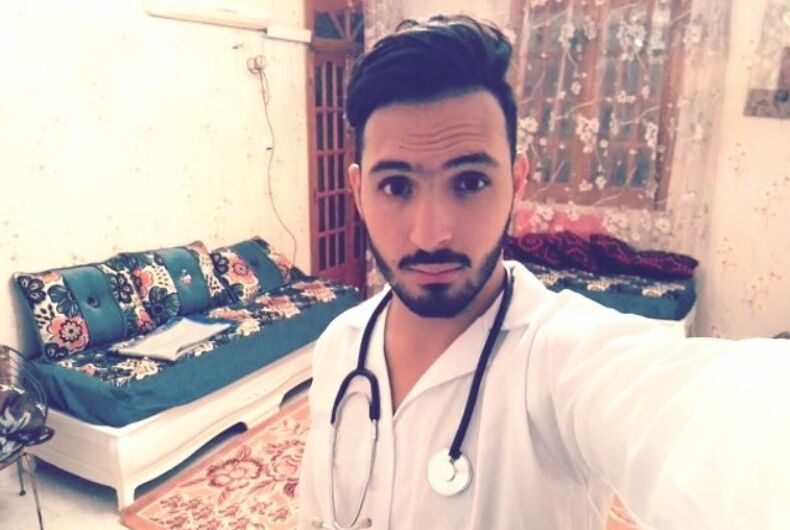 A medical student was apparently murdered in his dorm room with a homophobic message written on the wall with his blood.

Assil Belalta, 21, was a medical student in Algiers, Algeria. On Sunday, he was found with his throat slit, his body in a puddle of blood.

Citing unnamed sources, ObservAlgerie reports that he returned to his dorm room when two unknown individual followed him in, slit his throat, and took his car keys.

Before the attackers left, they wrote “He is gay” in English on the wall with Belalta’s blood.

His body was later found by his friends.

The LGBTQ organization Alouen denounced the hate crime and linked it to the growing climate of homophobia in Algeria.

In a post on Facebook, the group discussed comments made by Djamel Aidouni, president of the National Magistrates Union (Syndicat national des magistrats).

According to Alouen, Aidouni said that homosexuality is “trampling the values ​​and foundations of the Algerian people, which does not show tolerance towards homosexuals” and that magistrates should “confront anyone who tries to establish laws that go against Algerian culture.”

And late last year, Prime Minister Ahmed Ouyahia, when asked about LGBTQ rights by a German journalist, said, “Algeria is a society that has its traditions.”

“We are not following a universal trend of evolution. We are a country that is coming together, uniting, reconciling and we intend to keep moving forward on the basis of our values.”

Male and female homosexuality are illegal in Algeria and can be punished with up to three years in prison.

National police are reportedly helping with the investigation.