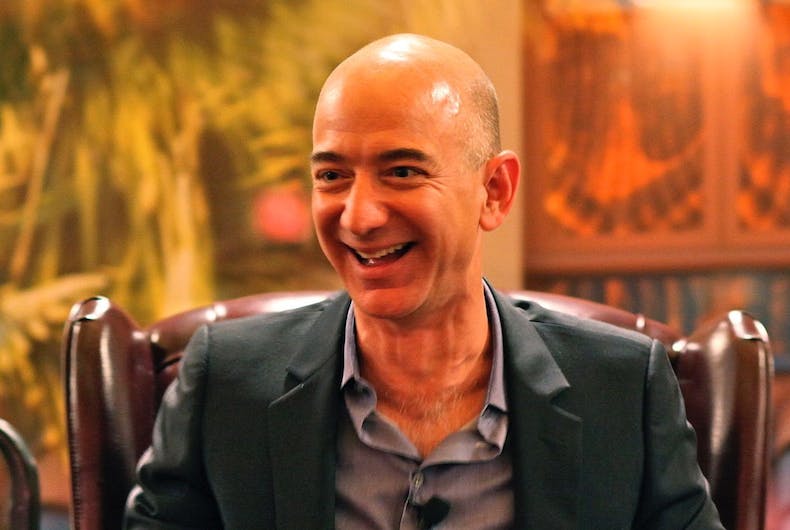 Michael Sanchez, a gay Trump supporter, is being fingered as the source of Amazon’s founder Jeff Bezos’ leaked photos and texts with his mistress, Lauren Sanchez. He is her brother.

Bezos published emails sent to him by an AMI executive demanding he call off his private investigation in exchange for not publishing more photos and texts between Bezos and his lover. Bezos believes he was targeted because he also owns the Washington Post, one of President Donald Trump’s most hated newspapers.

Gavin de Becker, Bezos’s personal security consultant and a former Justice Department official, said that “strong leads point to political motives” for whoever turned the messages over to the Enquirer.

Sanchez’s Twitter account is an ode to MAGA-hood, decrying the Mueller investigation as a witch hunt and attacking the mainstream media for fake news.

Sanchez has ties to Trump’s circle of oddballs, including recently indicted dirty trickster Roger Stone. Carter Page, a former Trump advisor who is being investigated by Mueller for his ties to Russia during the presidential campaign, also describes Sanchez as a friend.

A talent manager and publicist, Sanchez has been married to his husband, Casey Ashby, since 2011. Ashby is a Gucci store director. They live in West Hollywood.