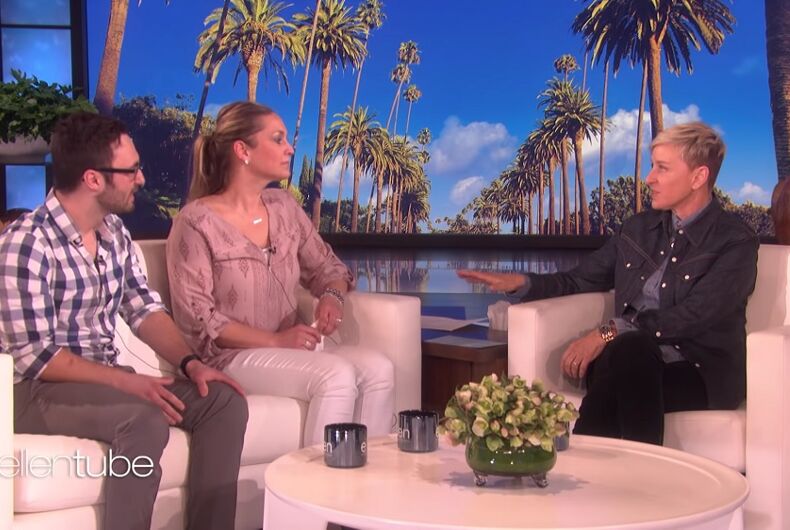 Ellen had gay man and his supportive mother on her show.

She got a letter from a gay man named Bryden, who said that his mother Michelle had a difficult time accepting his sexuality.

Michelle told Ellen that she was just very afraid about discrimination and hatred that her son would face in their small town.

She said that she worried most about telling her father. But it turned out that there was not problem; the dad watches Ellen.

Related: These two gay dads with hearts of gold got a big surprise from Ellen DeGeneres