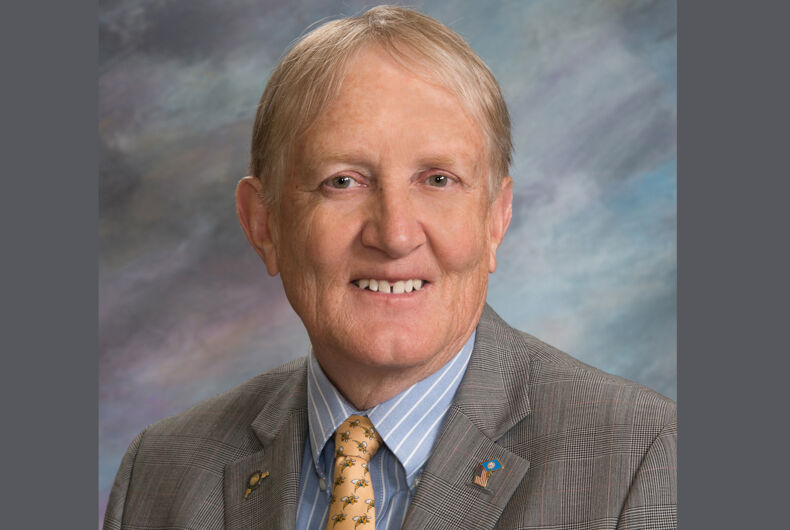 State lawmakers introduced legislation to the South Dakota Senate on Monday that would make it so trans kids couldn’t participate in school sports with teammates of their appropriate gender.

The bill introduced Monday would require a student’s sex be determined by their birth certificate or a South Dakota High School Activities Association physical exam form.

ACLU of South Dakota policy director Libby Skarin says the measure is another attempt to “single transgender students out for discrimination” in South Dakota.

Executive Director of the South Dakota High School Activities Association, Dan Swartos, says the group is reviewing the measure and will defend its current policy.

According to Swartos, a “small number” of students are currently competing with approved waivers for transgender student participation that allows students to play on teams with the gender they identify with.

The bill would declare the 2015 inclusive policy void. Comparable bills to void the policy failed in the 2015 and 2016 sessions.

Bolin sought to distinguish his proposal from legislation former Gov. Dennis Daugaard vetoed in 2016 that would have restricted which bathrooms transgender students could use at school. That argument prompted national headlines.

“This has nothing to do with bathrooms, locker rooms or shower rooms,” Bolin said. “This has only to do with the eligibility for athletic competition.”

The ACLU stated that passage of SB 49 would make South Dakota “the first and only state in which the state legislature intervened to override a policy put in place by the association that knows high school activities the best.”

This Gillette ad takes on toxic masculinity. Of course the right lost its mind.