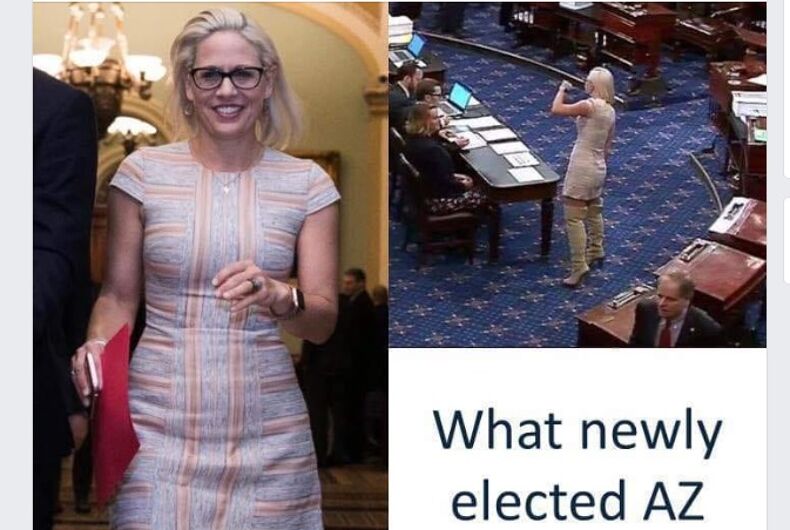 A male Republican from Alabama wagged his finger at out Senator Kyrsten Sinema (D-AZ) for being “improperly attired” in Congress, as Republicans ramp up attacks on Sinema’s appearance.

In the picture, Sinema is wearing a dress and thigh-high boots.

Zeigler: Who is that Senator who accompanied new Arizona Senator Krysten Sinema (D) as the senator took the Senate…

Zeigler didn’t say exactly what his problem was with that disrespectful young lady’s- er, Sinema’s clothes, but commenters on the post say that she had “no class” and was in “Hooker attire.”

Zeigler told Roll Call that the comments were inappropriate.

“I stayed up deleting those type of comments,” he said, as if he didn’t understand why people would post them even though it appeared to be the entire point of his post.

Many of the comments are still up. “Some of them were coming in faster than I was deleting them,” he said.

“Those thigh-high boots and the miniskirt,” he said. “My gosh, she looks like some sort of hooker.”

“And a cheap one, too,” replied his guest Joey Mannarino.