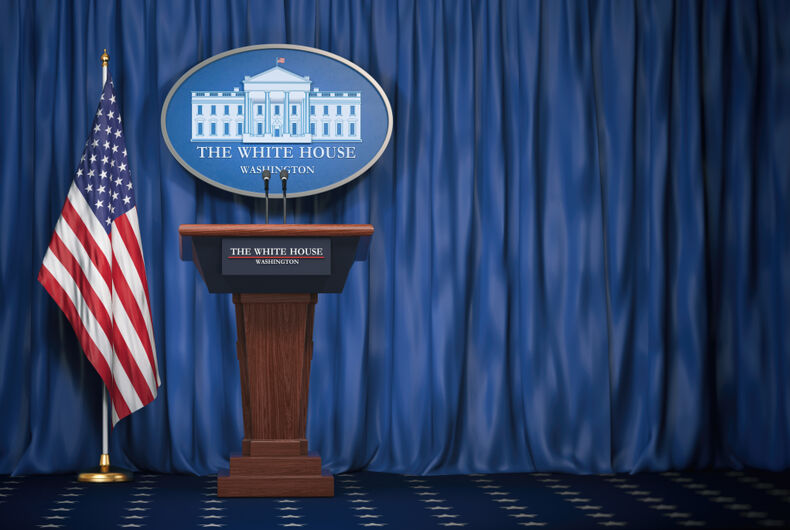 Out Congressman Mark Pocan (D-WI) has filed a bill that would officially recognize that women and LGBTQ people can be President of the United States.

Current federal law is gendered. Presidents are referred to with male pronouns and their spouses are female.

“In 2016, one of the two major party candidates for President was a woman with a husband and in 2020, for the first time in history, we may have more presidential candidates who are women than men, as well as a potential LGBTQ candidate who is married,” Pocan said in an emailed statement.

“The U.S. Code should not assume that Presidents will be men or that they will only marry women, especially when describing which people will or will not be protected by federal law. While this language may have been accepted when the original law was enacted, it does not reflect the America of today and I look forward to ensuring that federal law recognizes this reality.”

Pocan notes that current law makes it a criminal act to threaten to kill, kidnap, or inflict bodily harm upon the President, a former President, a candidate for President, or a member of their families, while referring to Presidents as men and to their spouses as wives.

The update would change the law to read: