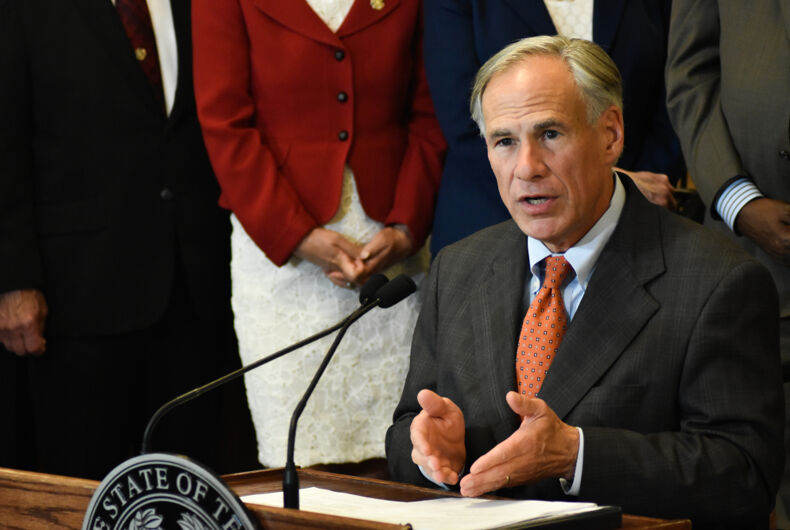 The Supreme Court ruled in 2003 that Texas’ sodomy law was unconstitutional, but state legislators continue to fight the battle against gay sex. Despite repeated efforts by Democrats to take the law off the books, Republicans have refused to repeal the law.

In its Lawrence v Texas ruling, the court struck down sodomy laws nationwide, saying adults have a right to privacy in their bedrooms and Democrats have introduced legislation every session since to repeal it.

And every year, Republicans have buried it in committee, and refused to bring it to a vote. It has never been voted on.

Lawmakers amended the penal code after verdict, but according to Lambda Legal attorney Paul Castillo, the law is still causing issues for gay men.

“In the years since Lawrence, there have been numerous incidents in Texas and across the country where officials have used these illegal bans to justify harassing, detaining or illegally arresting individuals,” Castillo told Courthouse News. “Unenforceable laws are far from harmless; their mere presence causes confusion for law enforcement and, more importantly, ongoing stigma for the community.”

State Representative Joe Moody told the outlet that there’s one obvious reason why Republican refuse to vote on the issue. They don’t want to offend the religious right.

“So the only conclusion I can come to is there are members that are afraid to do what’s right, and to explain exactly what this bill does. I assume they think they would feel some sort of backlash from their constituents.”

Moody, a Democrat, has sponsored legislation that would repeal the unconstitutional law. And he’ll continue to do so, he says.

“I will propose it until this unconstitutional law is taken off the books.”

Legislation to repeal the law is ready to be filed for the 2019 session of the state legislator.

Why is the TSA targeting Queer Eye star Tan France as a ‘security risk’?