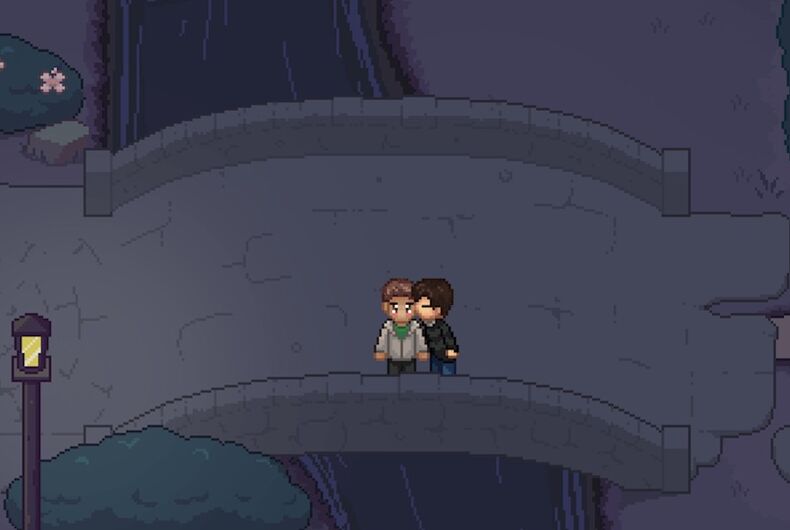 When Australian video game designer and LGBTQ activist Curtis Campion was growing up, he realized that very few games ever featured an openly gay protagonist. Even when they did, the characters were either underdeveloped or the games were sexual in nature, treating same-sex romance as a side-quest rather than integral to the overall story.

Campion said, “While in recent times we have started to see many excellent games featuring gay males… right now, if you’re underaged, or just an adult who wants to play a non-sexual game with a gay story, there are not a lot of options out there. I want to change that.”

So Campion began creating the sort of game he would’ve wanted to play as a teenager: one with a gay hero.

Last week, he released the first chapter of a three-part adventure game called Newfound Courage into the Early Access section of the Steam gaming platform. Though the game is still in development, it’s not like your usual video game adventure.

Instead of slaying monsters and saving princesses, and having occasional sexy side-quests, in Campion’s game, players control Alex, a gay teenager who becomes estranged from his sister after revealing his crush on a male friend. 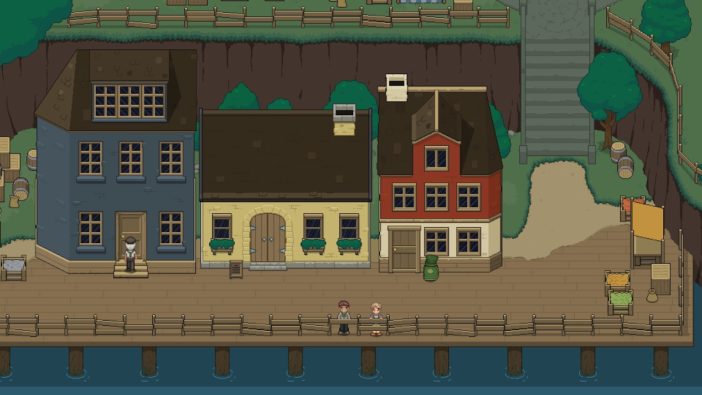 Alex runs away to the cliffside town of Silverpine where he eventually finds part-time work in The Vault, a mysterious institute holding ancient knowledge from a long-dead civilization. While Alex helps townsfolk, collects items, and explores The Vault’s mysteries, he also spends time coming to terms with his romantic feelings for another young man named Jake.

“Newfound Courage is part of a genre of narrative-driven games,” Campion explains. “In these games, it’s more like you’re living in a story [rather] than creating your own story like you might in a typical role-playing game.”

He continues, “In this story, much of what motivates the character — his actions and the places he ends up in — revolves around his romance with another male character, a romance that is distinctly gay, that has characteristics and emotions that wouldn’t apply to a heterosexual romance…. It’s a personal story and I couldn’t tell it any other way.”

The game’s settings are beautifully rendered in pixel art by Kurt Prieto and a small team of other artists with a musical score by Jessica Kelly. According to one review, the intuitive gameplay mechanics help players consider the possible solutions to the game’s puzzles.

Campion told LGBTQ Nation that he always appreciates seeing any sort of LGBTQ representation in gaming, even when the character development is thin, cliche or primarily sexual. In fact, he’s a fan of sexy gay dating simulation games like Dream Daddy, Coming Out on Top and the intensely sexual gay fighting game Strange Flesh.

He also thinks others games have wonderful depictions of lesbian romances like Life is Strange, The Last of Us and Gone Home. But he feels that video games have rarely ever touched romantic storylines for gay men. For some gay men who may still be getting comfortable with their sexuality or looking for less-sexual storylines, games that show other aspects of gay love are in high demand.

These games also provide a safe, virtual space where LGBTQ players can see their stories and their feelings represented, and can connect to it, feel less alone and feel a sense of belonging, Campion says.

“I also help Newfound Courage will help people who aren’t LGBTQ … learn and understand our community and gay relationships, beyond what you would typically see in mainstream media.”

Republicans are finally shunning Steve King, but what about all the other bigots?

Why is Amazon CEO Jeff Bezos donating to an anti-LGBTQ candidate?