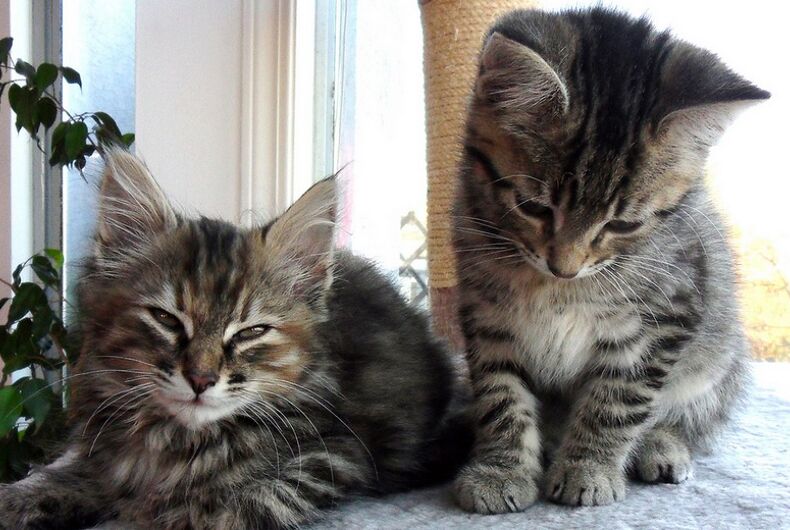 A lesbian couple from Seattle came up with a great way to make their wedding guests happy: bring kittens.

Iz and Colleen got married in August at a hall that’s owned by Quakers, which means that alcohol isn’t allowed.

This created a dilemma – what would they offer their guests as their post-wedding pictures with family were being taken? A cocktail hour was out of the question.

That’s when they thought of cats.

“When we were brainstorming something alcohol-free for our guests to do while we took family pictures, kittens came up and things flowed from there,” Colleen told the HuffPost.

They got six cats from the Seattle Animal Shelter for kitten hour and asked guests to donate to the shelter.

Iz said that the cats were “the chillest litter they had at the time of our wedding. They were definitely mellow little guys.”

And the cats were safe.

“There were volunteers there to make sure that the kittens weren’t overhandled and to keep them corralled in their pack-n-play,” Colleen said. “The kittens only stayed for about an hour, and judging by the way they wanted to fall asleep in our arms, they felt pretty relaxed.”

These 24 LGBTQ-owned businesses are perfect for holiday gift shopping