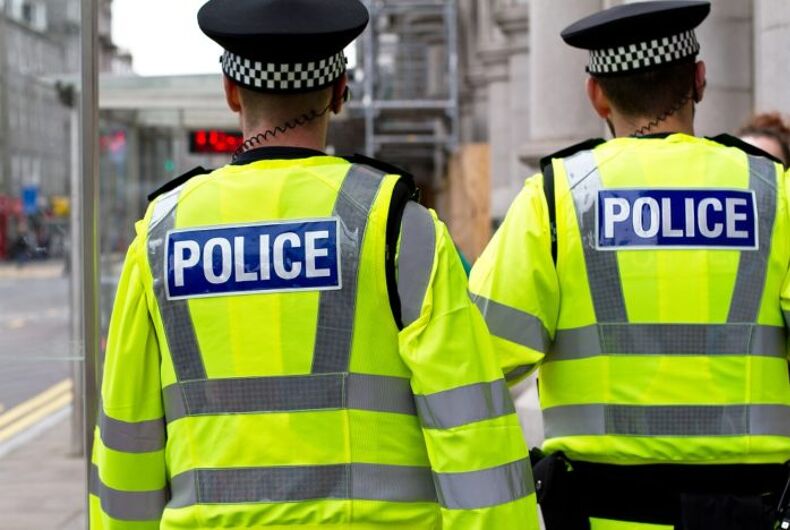 A bisexual teen who was attacked for his sexuality is disappointed that the attackers didn’t get any prison time.

The teen in Nuneaton, England, whose name has not been made public, said that he was hanging out with his friends when they were approached by another teen who said, “What you hanging round with him for, you do know he is bi?” according to the victim’s mother.

“Then another said, ‘Is this right?’ and attacked him,” she continued.

The victim was kicked to the ground, dragged into the woods, and then beaten again, she said.

“They told him to tell people he was jumped by three lads in [ski masks], they said to him, ‘If you give our names to the police, we will find you and kill you.'”

When he got home, his parents saw his injuries, including a shoe print on his face. He told them about the three boys in ski masks, but then told them the truth later at the hospital.

His physical injuries healed, but he still had nightmares about the attack for months and refused to go outside.

“He became a recluse, he just stayed in the house, he was too frightened to go anywhere,” the mother said.

“He went to his mates’ house twice, but he had to be picked up and dropped off back at home.”

His family felt forced to move out of Nuneaton because they “couldn’t risk him bumping into them again.”

But the victim is really disappointed with the court system. The two attackers pleaded guilty to assault and got sentenced to community service. They will also have to pay compensation.

“Right up until two days before the court date we were told they were going to be done for hate crime and that at least one of them should have got a prison sentence,” the mother said.

“I feel let down, I feel like no one did their jobs properly because, if they did, one of them would be in jail,” the victim told Coventry Life.

“They attacked me because I am bisexual, what happened has changed my life, it has made me constantly look over my back.”

“I just wish that the police and the court had done their jobs properly.”

A Warwickshire Police Force spokesperson said, “We can confirm it was thoroughly investigated as a hate crime and charged as a hate aggravated crime.”

His family, at least, says that he’s a lot happier now that they moved out of Nuneaton.

“He is a different kid now, he is a lot happier, he is going out, he is getting back to his old self, I don’t know if he will ever be back to what he was but he is so much better now than when we were in Nuneaton,” the mother said.