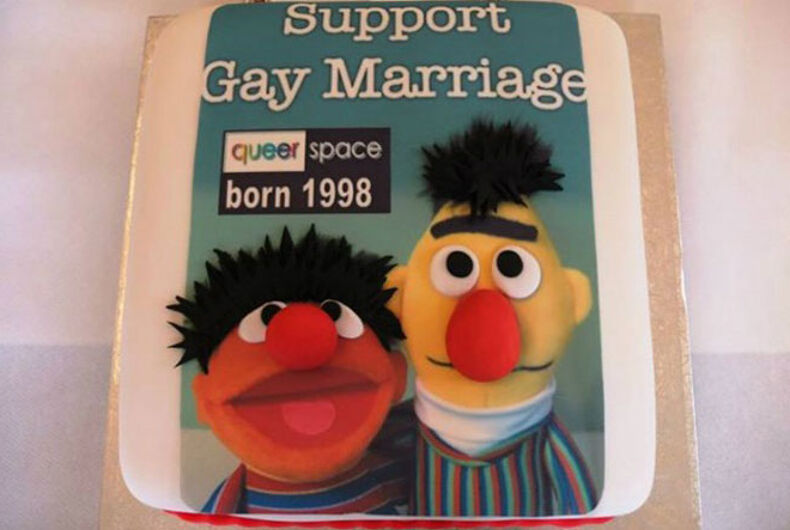 A photography agency refused to hand over photos they took of a Christian organization’s legal victory, since that victory was a court ruling in favor of a business’s right to refuse to bake a gay cake.

The Christian Institute used the website Perfocal to book a photographer for a “business event,” without saying that the business event in question was the ruling in Lee v. Ashers Baking Company.

In 2014, Gareth Lee ordered a cake that said “Support Gay Marriage” from Ashers in Northern Ireland. They accepted payment, but two days later called to tell him that they wouldn’t make the cake and refunded his money. The bakery said that they would not write a message they disagree with.

Lee sued and he initially won his discrimination claim. But the bakers – with help from conservative organizations like the Christian Institute – took their case to the Supreme Court and won.

So when Perfocal found out what the “business event” was, the photos were withheld and the Christian Institute was given a refund.

“We appreciate that this looks like tit for tat, and it is,” said Tony Xu, founder of Perfocal.

He said that the photographer was paid for their work.

“When our photographer on the ground learned what it was while doing the job, they felt immediately uncomfortable with the situation, as many members of the public are, but remained professional,” Xu said.

“This isn’t just about standing up against discrimination, I hope our stance serves as an example of exactly where this kind of judgment could lead us. Where does it end?”

Of course, the Christian Institute said they support Perfocal’s decision to refuse to serve them.

“We’ve been in touch with the company involved and thanked them for their impending refund,” said Ciaran Kelly, deputy director of the Christian Institute.

“We think it’s great that we live in a country where people are free to express, or not express, their sincerely held beliefs – the point underlined so emphatically in court yesterday.”

Republicans are abandoning Congressional races due to lack of money

If you’re a sexually active gay man under 45, you should get this vaccine that’s available now