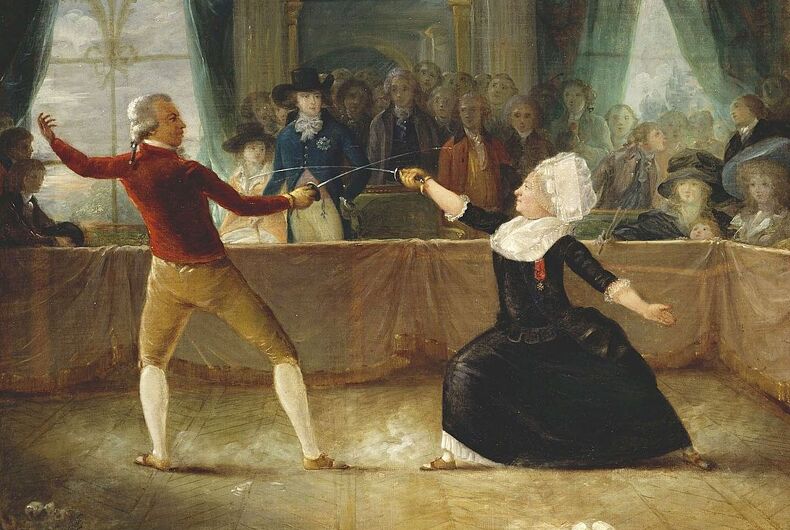 Charles-Geneviève-Louis-Auguste-André-Timothée d’Éon de Beaumont — far better known as the Chevalier d’Éon — was a French diplomat, soldier, and spy active in the mid to late 1700s. They could also have been intersex or transgender.

In the 1750s, d’Éon was part of King Louis XV’s secret contingent of spies, and over the next 30 years ended up serving France in Russia and England, as well as leading soldiers in the Seven Years War.

Upon returning to France after an extended exile due to court intrigue, d’Éon demanded to be recognized as female, saying that they had been assigned female at birth, but raised as a boy because the family needed a male heir. In 1777 they began to openly live as female.

Upon death, the attending surgeon claimed that d’Éon had male organs as well as “remarkably full” breasts and other “soft” features.