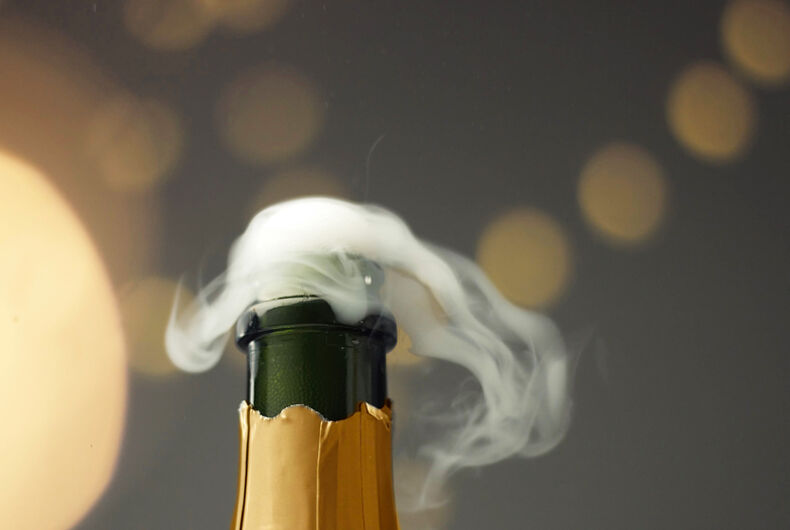 After L’enoteca Zanardo Giussano winery’s fermentation vat full of prosecco exploded, gay men across the nation may have to delay brunch. 30,000 liters of the bubbly alcohol was lost in the tragedy.

Thankfully, about 600 million liters of prosecco is produced yearly and producers say they’ve had a bumper crop this year. As long as the orange harvest is good, mimosas will be saved.

The winery posted video of the destruction on Facebook where it’s quickly gone viral.

Department of Ed will investigate trans student complaint after all. The kid is the target.

A CBS vice president questioned Stephen Colbert’s sexuality. Now he may be out of a job.