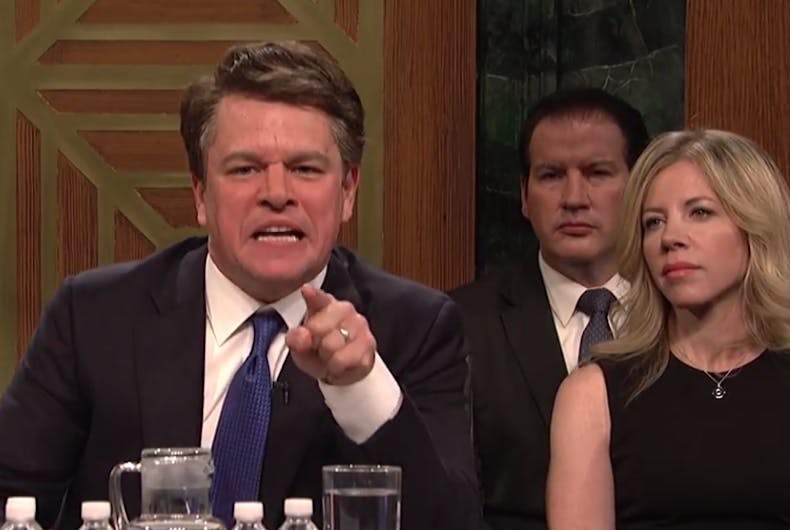 You knew the Brett Kavanaugh Senate hearing was so awful it would become fodder for the late night comedians – and Saturday Night Live picked up the challenge and ran with it.

Matt Damon and Rachel Dratch joined the cast to mock the Supreme Court nominee and the white Republican men determined to put an accused rapist and sexual assaulter on the nation’s highest bench.

Note the sly insinuation that Lindsey Graham is gay.

And, of course, the Log Cabin Republicans executive director Gregory Angelo quickly got his feathers ruffled. How dare they make a mockery of something so serious? I mean, the Republicans have taken the allegations soooo seriously…

Just when I thought the #WHCD set the standard for depravity, #SNL mocking a man who courageously stood up for his own dignity and his family marks a new low in what passes for “comedy” these days.