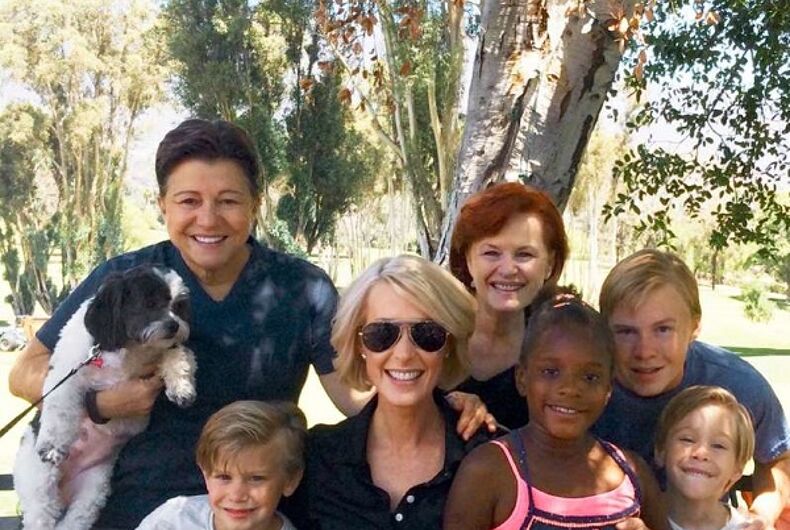 A woman who came out of the closet and simultaneously escaped the Church of Scientology is now detailing the horrific incidents that occurred while she was a member of the controversial organization.

Michelle LeClair details her experiences in the new memoir Perfectly Clear. Once considered the “poster girl” for Scientology, she soon became one of its worst enemies.

With the Church’s celebrity clientele and hefty price tag per each mandatory course, LeClair was not swayed. In fact, she spent over $5 million to absorb the Church’s teachings.

She had developed a successful career as a proprietor of an insurance business valued in the millions. But what she didn’t bet on was the anti-LGBTQ discrimination she would ultimately face by being her authentic self – and the escape that would soon follow her disclosure.

When she joined the Church, LeClair was married to a man and they had four children together. They seemed like the “perfect” family. That is, until LeClair realized she was a lesbian and fell in love with her current partner, Tena Clark.

“From the moment I decided to publicly leave, my life unspooled as if I were in a suspense novel,” LeClair wrote. “Strange cars idled at the curb by my home at all hours of the day. Men wearing dark glasses followed me to the grocery store, my kids’ school. My computer and my phone [were] hacked.”

According to LeClair’s accounts, Scientologists believe that aliens are the reason for homosexuality. They also believe that homosexuals can be converted to heterosexuals with the use of “auditing,” which is essentially a series of confessionals that interrogate witnesses, family members, the individual involved, and everyone around them until they break.

Scientology has a long history of anti-gay teaching and practices. However, the Church is countering LeClair’s claims of harassment and intimidation. They have also repeatedly denied that the Church has any opposition to LGBTQ rights or members who identify as LGBTQ.