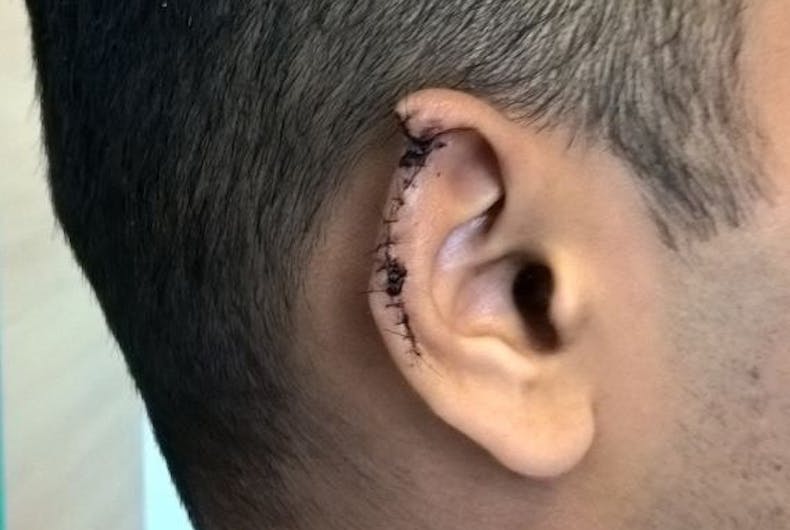 Martin Gallagher assaulted another man in a nightclub bathroom and bit off his ear.Photo: Northumbria Police

A British man has avoided jail time after biting off another man’s ear in a vicious “gay panic” attack.

Martin Gallagher attacked the victim in the bathroom of a Newcastle nightclub, saying the other man looked at his genitals while they peed at the urinals. Gallagher was intoxicated at the time.

He was sentenced to two years of probation and a three month curfew. He will also have to perform 200 hours of community service and pay the victim approximately $6,500 in compensation.

“This was an unprovoked attack on a complete stranger who had gone out that night to socialise with friends,” she said. “Instead, he was confronted by a drunken male who was so out of control he bit the victim’s ear off.”

“The victim has been left suffering not just permanent physical injury, but emotional trauma as a result of the incident. I hope he can take some comfort in the sentence that has been given today.”

For his part, the victim says the months since the attack have been “some of the most testing and strenuous times in my life.”

“I’m still coming to terms with my new reflection and hope for a future to bring better days.”

I embrace democratic socialism & here’s why you should too