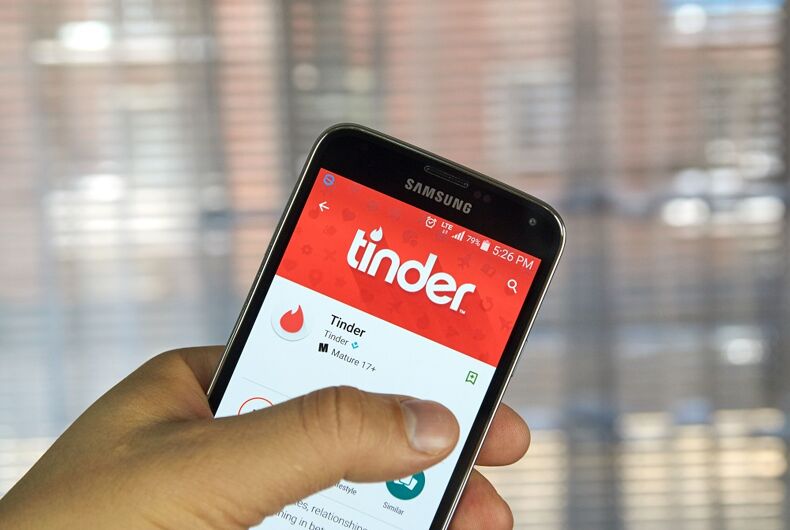 A study from researchers at Indiana University found that straight people are turned off by transgender and nonbinary identities independently of someone’s physical appearance.

In a study of 319 cisgender, straight undergrads, researchers presented participants with 48 fake dating app profiles of the opposite sex. The profiles included a gender identity label and a photo.

The participants then rated the profiles for their attractiveness.

“Cisgender, heterosexual college students report being less sexually attracted to others (represented by photos) who are labeled as transgender or nonbinary, compared to cisgender,” study author Eliot Smith said.

“This difference is not due to differences in physical appearance because we randomly presented gender identity labels with the same set of photos. The effect appears to represent a type of prejudice against individuals with non-cisgender identities.”

The researchers were trying to find evidence of transphobia on dating apps.

“Anecdotal evidence suggests that some transgender people find that others seem less sexually or romantically attracted to them once they learn of their transgender status, so we decided to study that issue rigorously,” Smith said.

Of course, the study has some limitations. The participants knew that they would never actually date anyone in the “profiles,” and there might be a difference between rating fake profiles and actually making a decision to date someone.

Also, studies about human sexuality that only use undergrads could be biased because human sexuality evolves throughout one’s life. Part of the effect found in the study could just be a lack of experience with sexuality.

Last, the study was focused on cisgender, straight people. “It would be of great interest to study attractiveness ratings made by transgender or non-heterosexual individuals,” Smith said.