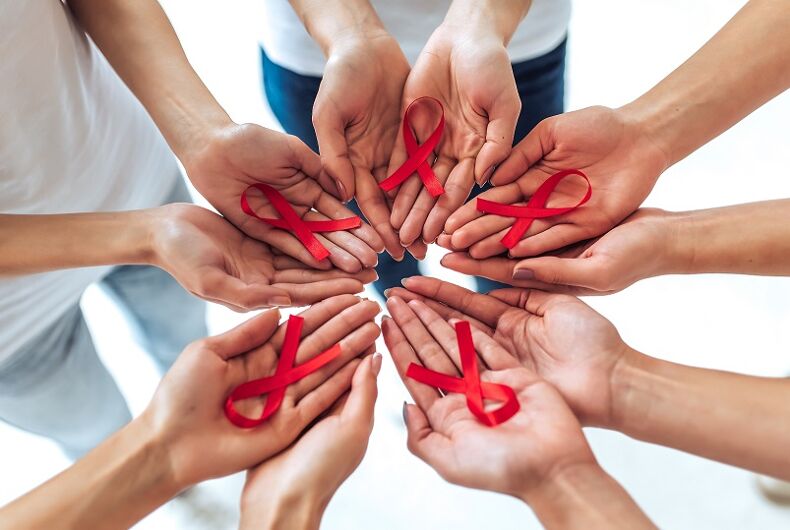 Group of young multiracial woman with red ribbons in hands are struggling against HIV/AIDS.Photo: Shutterstock

A daily regime of antiretroviral therapy to suppress HIV can be lifesaving to those living with HIV, and helps prevent its spread. But why is it so hard to get care to others? And what is holding back progress?

An NIH study from the National Institute of Allergy and Infectious Diseases (NIAID) published in the Annals of Internal Medicine adds more fuel to the discussion of preventing HIV transmissions, pressing for a greater understanding on the importance of viral suppression.

In the study, it shows that viral suppression via antiretroviral therapy amongst 31,930 adults at clinics across the U.S. improved from just 32% in 1997 to 86% in 2015. It’s a huge jump, but questions remain.

The study only covered eight clinical sites across the U.S., leading to a far smaller sample than could truly tell us how things are realistically improving. What’s more, these gains over the last 20 years are not evenly distributed: some demographic groups are seeing better care than others.

Black people living with HIV are not seeing this same level or care as their white counterparts. Heterosexuals and intravenous drug users have not seen a change in viral suppression from 2013 to 2015.

In 2014, the Joint United Nations Program on HIV/AIDS and their partners pushed for a “90-90-90” target to fight against HIV. They sought for all countries to diagnose 90% of all HIV infections in their borders, provide antiretroviral therapy to 90% of those diagnosed, and achieve viral suppression in 90% of those treated.

While this study shows that viral suppression has markedly improved in roughly 20 years, it still has a long way to go in an overall population, failing to meet that first “90.” What’s more, with only the results from eight clinics, even that 86% number is questionable.

According to UNAIDS, 78 million people have become infected with HIV and 35 million have died from AIDS-related illnesses.

Worldwide, 36.9 million people were living with HIV in 2017 and 21.7 million with HIV were on antiretroviral therapy. There were also 1.8 million new infections of HIV in 2017, further stressing the importance of this work.

Yet a major funding gap exists to respond to the crisis.

UNAIDS reports a $6 billion shortfall in funding, with more than half of major donor governments decreasing their commitment to fight the infection in 2017, and no new significant donor stepping up to help make up for that shortfall.

The NIH study does provide a greater understanding of the gaps in viral suppression; particularly how social and economic barriers affect it. Nevertheless, this requires a far deeper level of study and implementation to show really make for change.

A lack of funding is hampering these efforts, and may led to worse percentages – and more people affected by HIV – in the future.