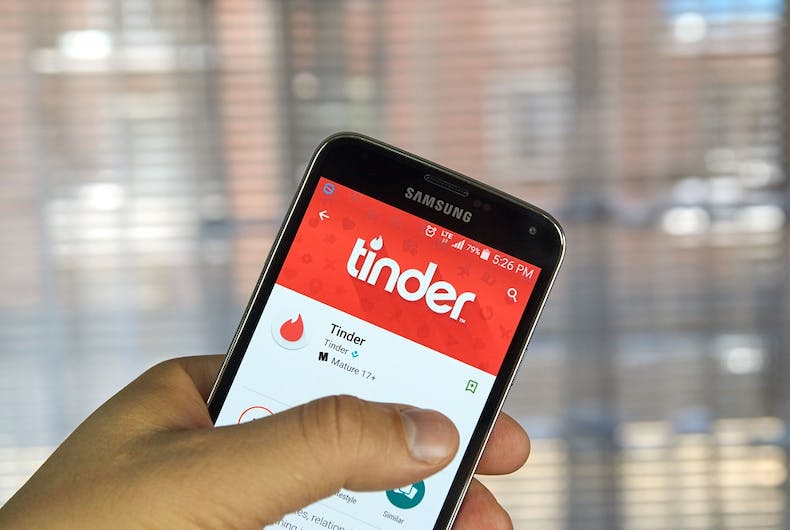 A woman in Scotland went on a date with a man who said that he killed a gay man, before he brandished a knife in front of her, said he would destroy her apartment, and threatened to kill the police.

The woman, whose name has not been released, met Alexander Kindred on Tinder. After a few weeks of messages, they set a date at her home on April 13.

While he was there, several members of her family showed up to check on her and have a drink. Things seemed to be going fine, until, when everyone else was gone, he said that he and his friends once killed a gay man.

He was probably referring to the time that he and his friends killed a gay man in 2007. Kindred, who was 15 at the time, beat up council worker James Kerr, 51.

Kindred then called two friends and told them that he beat up a man who made a pass at him. They came and beat Kerr to death, and Kindred went to a party that evening where he bragged about what he did.

One of the friends was sentenced to six years in prison and the other got a life sentence. Kindred, though, got one year in a youth offender institute, because he was a minor at the time.

The woman on the date told Kindred that she couldn’t help him with his past.

A neighbor came by because Kindred was shouting at this point, and Kindred threatened him with a knife that he brought. “You don’t know what I’m capable of. I’m going to fucking kill him,” he allegedly said.

Kindred lost his phone, and the woman was able to get the knife from him by promising to help him look for the phone. She then said that she was going to the bathroom but instead she fled from her apartment.

For the next several hours, Kindred kept the door locked and threw her possessions around. The police showed up, and he said he had “shotguns and crossbows” and that he would shoot the cops if they tried to come in.

“I’m going to take three of you out. I am a taxpaying citizen – I will take you out,” he said, according to court records.

He also said that he was going to “blow up the block of flats” and that he was trying to use his T-shirt to start a fire to burn down the building.

Several hours later, a police negotiator convinced Kindred to give himself up.

This past week in court, Kindred pled guilty. He is being held in custody until his sentencing in August.