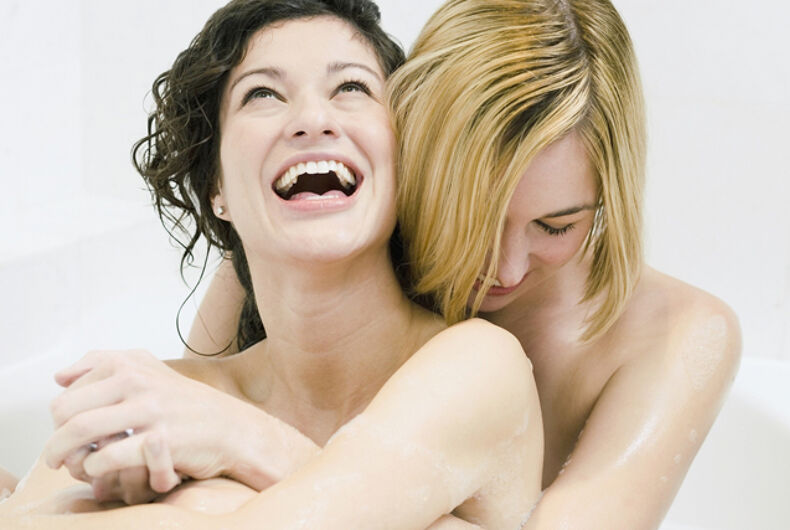 The single page, double-sided flyer, titled “The key to the mystery of estrogen and cancer,” theorizes that “activity involving the genitals that is solely peculiar to lesbianism” is to blame for an increase in cancer rates for lesbian women.

The flyer claims, in a rambling, stream-of-consciousness fashion, that “lesbians’ lifestyle is the same as everybody else except for their lovemaking activity that is exclusive to them. Therefore, it must be the activity which results in a higher incidence of cancer because everything else they do is the same as everybody else: grocery shopping, entertainment, recreation, everything!”

“Since estrogen is made in the ovaries, of the reproductive system and estrogen causes cancer and lesbian lovemaking is only what makes them different from heterosexual women, then their way of lovemaking is what causes high estrogen which causes cancer,” the flyer concludes.

Estrogen is not solely produced in the ovaries, nor are estrogenic compounds found only in women’s bodies.

Estrogen also doesn’t cause cancer, including breast cancer, as the author of this flyer claims.

The source of the flyer remains unknown, and it contains no information as to the source of their claims beyond a pair of website links. One of the two goes to medicalnewstoday.com, which doesn’t support the flyer’s claims. The other goes to a bing.com search that also doesn’t help corroborate the flyer.

It is speculated that the flyer may originate from a local Christian group, as it concludes with a quote from the Bible.

At least one West Sacramento resident, Syrena Ponce, spotted a man leaving the flyers in her neighborhood.

“He wouldn’t respond to any of the questions we had. He kind of put his head down and was ignoring the situation,” Ponce told Fox 40 in Sacramento.

The older, Caucasian man was dressed casually, in a blue button down shirt, khaki pants, and a ball cap pulled down over his eyes.

The flyers have been spotted in at least four West Sacramento neighborhoods over the past month, and show no signs of stopping.

The Bible might have originally been OK with gay sex