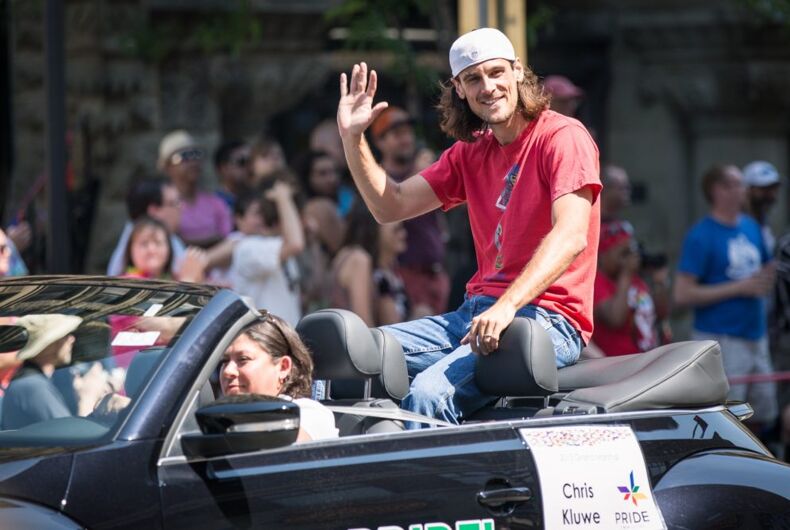 It’s rare to see a professional athlete come out, but it’s also rare to hear one vocally support LGBTQ rights.

Thus we honor Chris Kluwe, who weighed in with his support of same-sex marriage in 2012-13.

Kluwe, an NFL punter and UCLA graduate, was then a Minnesota Viking. He defended Baltimore Ravens linebacker Brendon Ayanbadejo when he’d stood up for marriage equality, and he criticized his Vikings teammate Matt Birk for supporting the ban.

Kluwe responded to criticism against him with unwavering support for LGBTQ rights. But when he stood up to Vikings special teams coach Mike Priefer for making homophobic remarks, the Vikings responded with an investigation. Kluwe also alleged that Vikings Coach Leslie Frazier had told him to stop speaking out on issues.

An injury affected Kluwe’s performance in the 2012 season, and the Vikings released him 2013. He signed with the Oakland Raiders that May, but he was released Sept. 1.

A musician, a gamer and a one-time newspaper columnist, Kluwe and his wife have two daughters.

3 years after we won marriage equality, the right has learned how to erode it