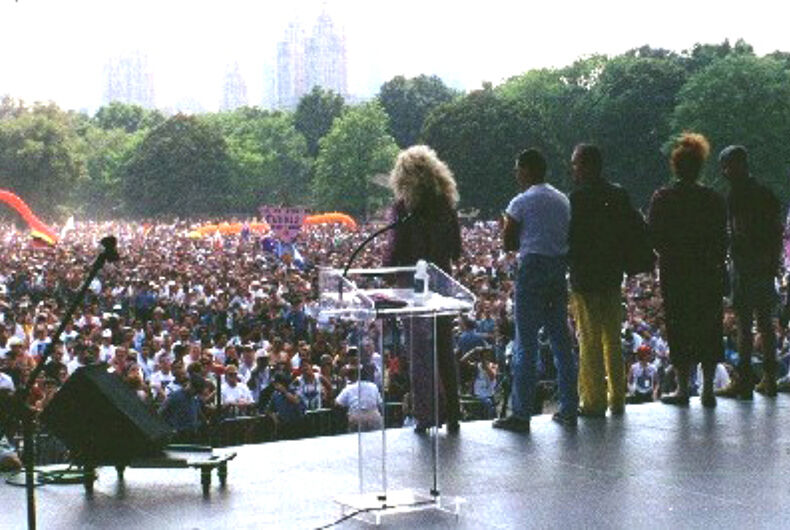 With an estimated million people in attendance, the 1994 New York Pride celebration marked a quarter century of celebrations, starting in 1970, the year after the 1969 Stonewall riots.

And, with time, so grew the reminiscences of the sparsely reported 1970 protest. On stage here, before the 1994 crowd, were members of the Stonewall Rebellion Veterans’ Association, whose site offers this photograph and their personal accounts of the 1994 celebration, as well as recollections from the 1970 protests.

The group’s iconic vehicle, a 1969 Cadillac convertible, is a fixture at the New York parades. Yet its presence at the Stonewall during the riots is controversial. The same goes for the group’s leader, Williamson L. Henderson, who claims to have been riot participant was challenged by The New York Times and Gay City News, a free-circulation weekly in the city.

Since 1984, the group Heritage of Pride has been producer and organizer of NYC Pride — the march, the rally and the related official events.

As time moves forward, our memories fade and the accounts vary. Yet our retellings continue, and the spirit of Pride thrives.