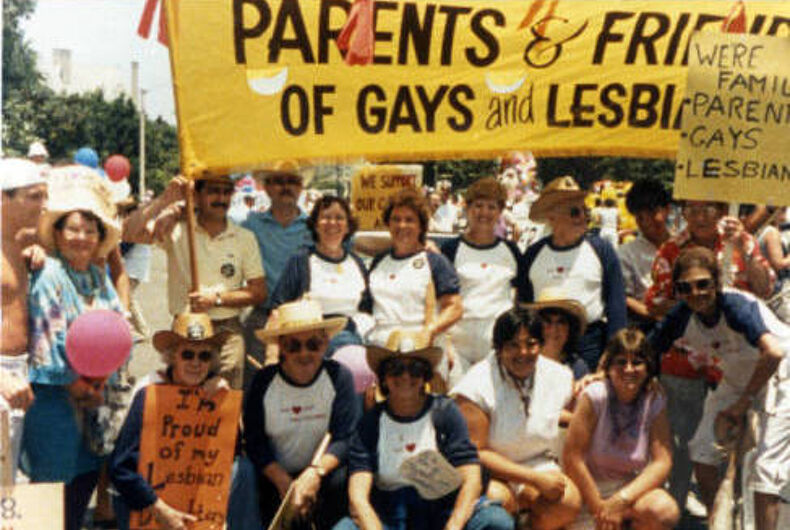 The group Parents and Friends of Gays and Lesbians at the Los Angeles Christopher Street West Pride Parade. July 1, 1984.Photo: ONE Archives Foundation

We are not alone in Pride. Many of us who have parents and friends who support us unequivocally.

And some of them these people love to march with us.

This 1984 photo, from the Los Angeles group, is an impressive contrast from 12 years before, in 1972, when Jeanne Manford walked in the New York City Gay Liberation Day parade.

That June, she marched to support her gay son, whom police had beaten. By March 1973, she led the first meeting of the group that would become Parents and Friends of Lesbians and Gays, in New York’s Greenwich Village.

Its membership now numbers in the hundreds of thousands.

This trans teen had to fight to use his real name at graduation. He won.