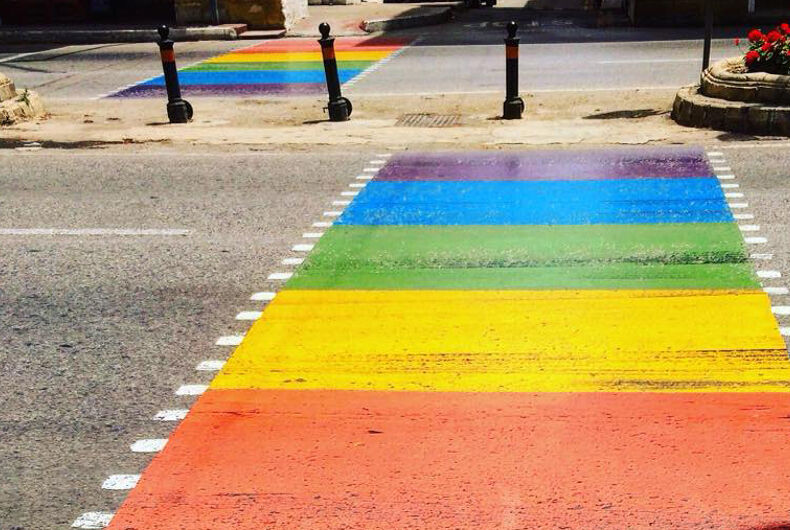 Thanks to a gender diversity-focused organization, a crosswalk on Trig Sant’ Anna (St. Anne Street) in Malta is now decked out in the rainbow colors of the pride flag.

The crosswalk was the brainchild of Gender Liberation, a non-governmental organization (NGO) founded in 2015 to connect, inform and empower gender diverse individuals & communities in both Malta and Gozo, and island controlled by Malta in the Mediterranean Sea.

“Walk the rainbow and remember the journey we’re on together, towards respect and equality for all members of society,” said an unnamed spokesperson for Gender Liberation to Malta Today.

The street, located in Floriana, Malta, is one of the largest streets cutting through the 400 year old, fortified town. Floriana is just south west of the capital city, Valletta, and is home to roughly 2,200 residents.

The crossing, installed in March, is the first such crosswalk in Malta, and joins similar examples across the world. A similar crosswalk has been installed on the Triq Fortunato Mizzi in Victoria, Gozo, in April.

The Baptists cut ties with their DC churches for accepting lesbians

What do Trump’s attacks on the European Union & US allies mean for LGBTQ rights?