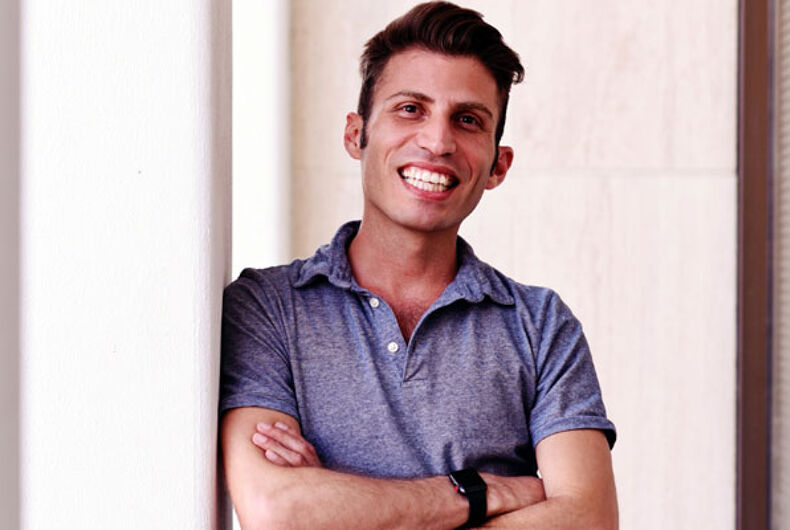 A gay man who marched in heels in his city’s Veterans Day parade last year was elected mayor of his town over the weekend IntoMore reports.

Bruno “Ralphy” Lozano, 35, is a U.S. Air Force veteran and is now the mayor-elect of Del Rio, a town in southwestern Texas along the border with Mexico.

Del Rio has a population of 41,000, and the unofficial election results show that about 3500 people voted in the election. 65% of votes went to Lozano over incumbent Robert Garza.

Lozano’s campaign focused on modernization of infrastructure and bringing tourism back to the town, which he said dropped off because of the Mexican border’s “unfair” reputation as unsafe.

“It is time for new ideas and new visions of the future. It is time the next generation takes action and get involved in local politics,” he said before the election. “We can continue our heritage through proper investments in infrastructure, culture, and services and that can start with accountability.”

His sexual orientation, according to the San Antonio LGBTQ publication Out in SA, did not play a large role in the campaign. Last year, he marched in Del Rio’s Veterans Day parade in high heels, and the only backlash he received was a meme on Facebook that called him a “faggot with AIDS.”

Lozano served in the Air Force under Don’t Ask Don’t Tell, and he talked about how he was forced back into the closet. “Stonewall happened because drag queens and a minority group stood up to animosity, and I had to go back in the closet because of that same hatred. I know what that was like, and it translates to today’s campaign. I’m not going to bow down. I am who I am. Accept me or not.”

These cities are getting rainbow crosswalks to celebrate LGBTQ pride