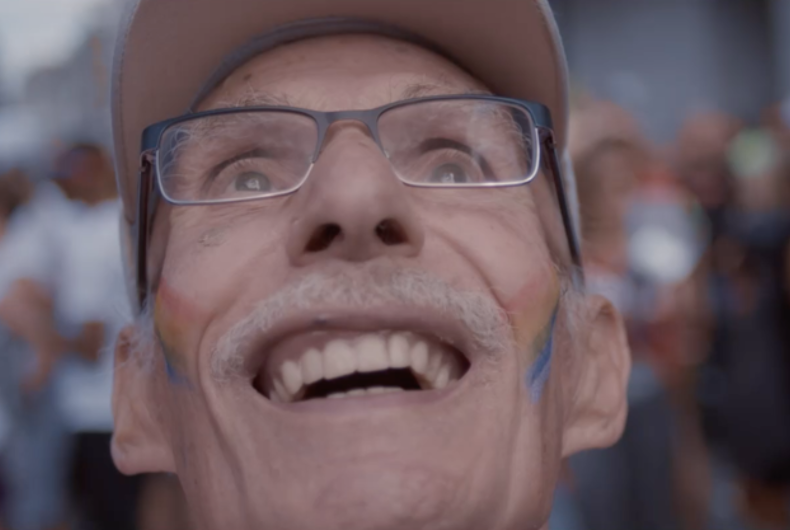 Martin didn't come out until he was 85 years youngPhoto: 5 Gum

Martin was 85 years young when he came out of the closet. In a moving video he describes his life as a photographer, hiding who he really is and his regret about being “too sissy” to open himself up to love.

His story caught the eye of 5 Gum and the candy maker decided to feature his story in their new #NoRegrets campaign. They hoped others would be inspired to “live unapologetically, because life has no time for regret.”

A new survey sponsored by the company revealed that the top regret among American teens and seniors is related to self-confidence.

But when teenagers and young adults started sharing how he inspired them to live authentically and “love who they love,” they wanted to give him something back… So they took him to his first pride parade.

Here’s hoping Martin has many more opportunities to catch up on everything he missed. Life is too short for regrets.

Rapper Cardi B comes out as bisexual

LGBTQ candidates made a strong showing in yesterday’s primaries