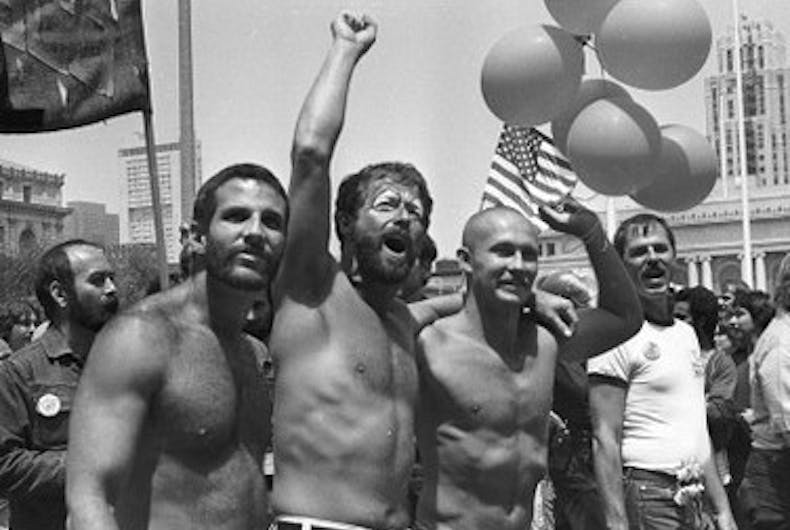 A warm, sunny Pride parade equals shirtless guys, and these three gentlemen at the 1977 San Francisco parade seized the day.

Long repressed by a sex-negative culture, people long have used Pride to cut loose and express themselves. Boys could be boys, girls could be girls, and people could be the people they wanted to be.

Even today, straights and even our own community debate the in-your-face sexuality of Pride, but these debates and these expressions also mirror the broad spectrum of diversity within the LGBTQ community.

At the same time, you can see how these images reflect the evolving gay-rights movement — from the act-normal-for-acceptance fight of the early homophile organizations to the cut-loose-and party Prides of the 1970s.