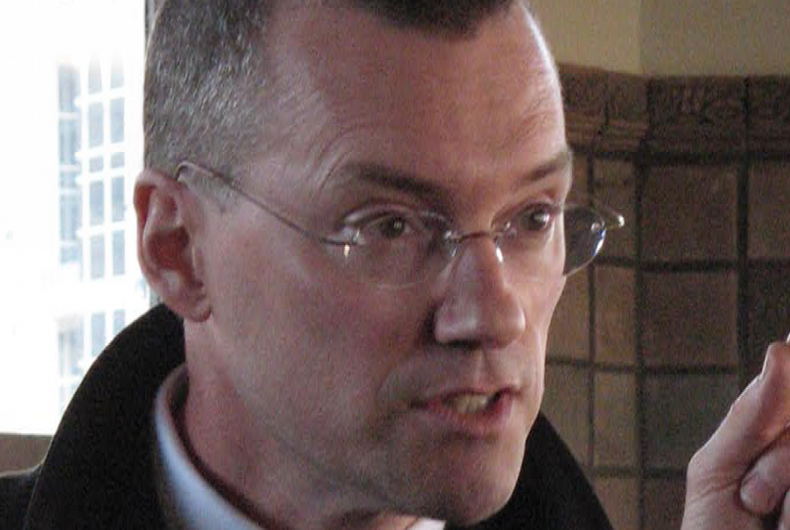 Buckel, 60, lit himself on fire in Prospect Park in Brooklyn.

Police say he left a handwritten suicide note in an envelope in a garbage bag in a shopping cart nearby.

“I am David Buckel and I just killed myself by fire as a protest suicide. I apologize to you for the mess.”

In the same envelope, he included a second, longer typed note.

“My early death by fossil fuel reflects what we are doing to ourselves,” he wrote. “A lifetime of service may best be preserved by giving a life…. Honorable purpose in life invites honorable purchase in death.”

Buckel had worked at Lambda Legal, where he headed the Marriage Project and was the lead attorney in a lawsuit involving Brandon Teena, a transgender teen who was killed in 1993 after he had told the police he was raped. The case resulted in an $80,000 judgment against the city for negligence.

He also argued a case against the Boy Scouts’ gay ban and another involving Utah students who wanted to start an LGBT club at their school.

Buckel also got involved in environmental activism. He was the organics recovery coordinator with the NYC Compost Project, a project of the Sanitation Department.

“Pollution ravages our planet, oozing inhabitability via air, soil, water and weather,” he wrote in the typed note. “Our present grows more desperate, our future needs more than what we’ve been doing.”

“This is not new, as many have chosen to give a life based on the view that no other action can most meaningfully address the harm they see.”

“The news of David’s death is heartbreaking,” said Camilla Taylor of Lambda Legal. “David was an indefatigable attorney and advocate, and also a dedicated and loving friend to so many.”

“He was a very smart and methodical lawyer,” said Susan Sommer, who used to work at Lambda Legal. “He knew his craft and his trade and was strategic in how to build the blocks toward a sweeping victory.”

Jay-Z is right: Donald Trump can be a ‘great thing’ for America

Victims got a broken nose & a concussion in a shocking D.C. gaybashing