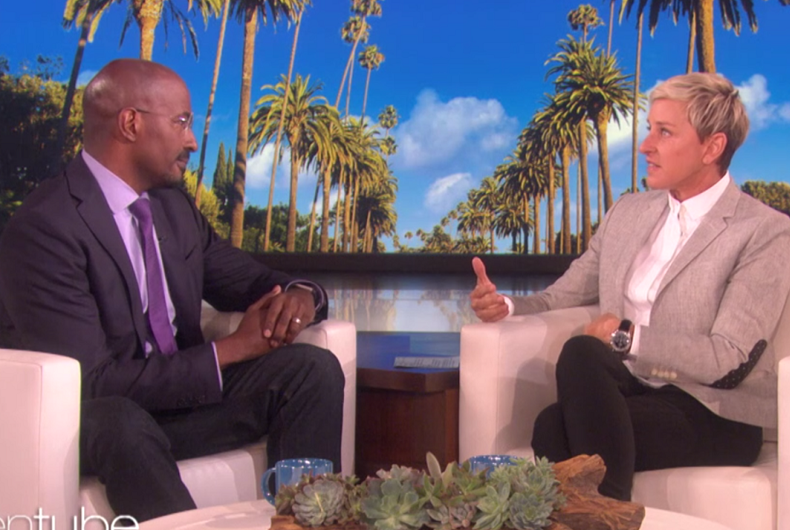 Ellen had CNN contributor Van Jones on her show to talk about shootings of unarmed black boys and men.

She said that she was “furious” that “nothing seems to change.”

Jones said that it’s not just the police, it’s all of us.

“We’ve got some malware glitch going on in our brains,” he said, referring to how people see a black person doing something that white people do as well and think that only the black person needs to be punished.

Jones also explained why police crime is particularly troubling. “Where do you turn?” he asked, if you see police shooting black people week after week.

Your tax dollars are building the religious right’s empire