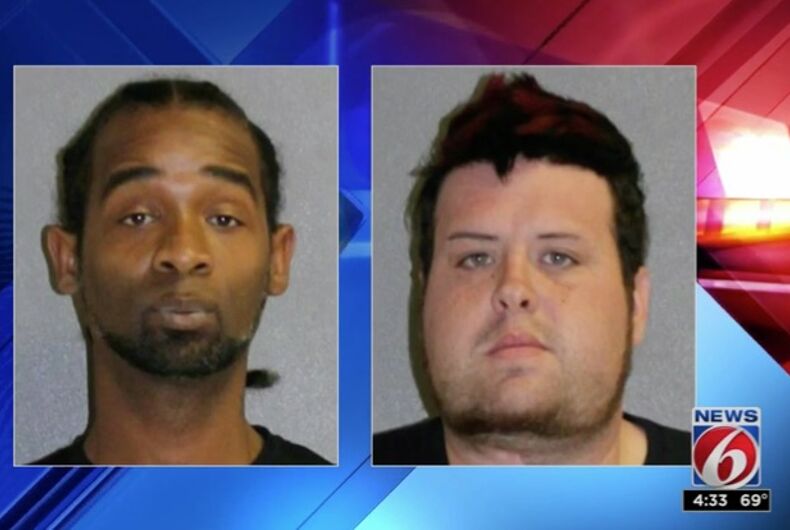 Derrick Irving and John Silva are in custody in Florida after trying to pull off a bizarre crime. The duo were nabbed by police after robbing Irving’s ex-boyfriend’s apartment and trying to burn it down – with spaghetti sauce.

Oh. Irving was wearing a bull onesie at the time. Because, Florida.

The inept thieves were after the victim’s flat screen television and decided to cover their tracks by starting a fire. They found a jar of Ragu in the cupboard, dumped it into a pot and put it on the electric stove with a cloth washcloth on the burner.

“He was trying to make it look like I left the stove on, but who gets up 2 a.m. and fixes sketti?” the victim told local television station WKMC. “I’m from Kentucky. (I’ve) never seen anger like that.”

The victim notified police after his home security system alerted him while he was at work that someone had covered his security camera. Police caught the men a few blocks away with the victim’s television and air conditioning unit in their vehicle along with the empty jar of Ragu.

No word on why Irving was wearing the bull costume.

Andy Cohen says Trixie Mattel didn’t win because of her talent. But she did.