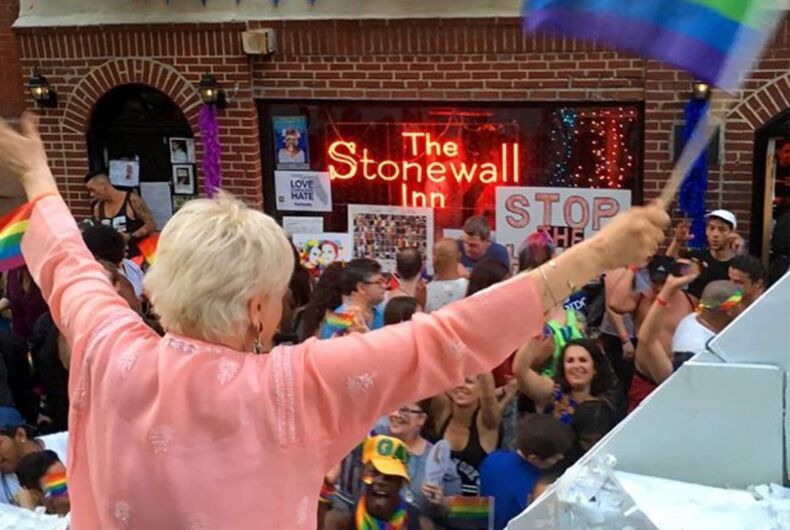 Singer and actress Lorna Luft, daughter of Judy Garland, has been diagnosed with a brain tumor after collapsing following a performance in London.

Luft, 65, was reportedly forgetting words during her performance on Friday night, before she fell and was taken to the hospital by her husband, Colin Freeman.

“Luft was rushed to hospital by Colin Freeman, her husband, who was also concerned that she was forgetting lyrics and monologue,” spokeswoman Victoria Varela said.

“Following admission to hospital, Luft has been initially diagnosed with a brain tumor. Further information will be available following additional medical tests and examinations.”

#HappyBirthday to #Legendary #LizaMinnelli and sending lots of #Love and Wishes for a Speedy Recovery to Indomitable, Courageous and Strong #LornaLuft pic.twitter.com/JTY377pp5q

Luft was first diagnosed with cancer, of the breast, in 2012, completing her chemotherapy the following year. The cancer reemerged in 2015. She cut short her tour, Judy – The Songbook of Judy Garland, to seek treatment.

The Emmy winner has appeared on Broadway, television (Murder, She Wrote, The Twilight Zone, The Nanny), and in films (Grease 2, 54, My Giant).

In addition to being the daughter of the late Judy Garland, her famous family lineage includes her half-sister, Liza Minnelli, who turns 72 today, and her producer father, Sidney Luft, who passed away in 2005, of an apparent heart attack.

In addition to her singing and acting career, Luft has worked with HIV/AIDS charities, including taking part in the Los Angeles AIDS Walk.