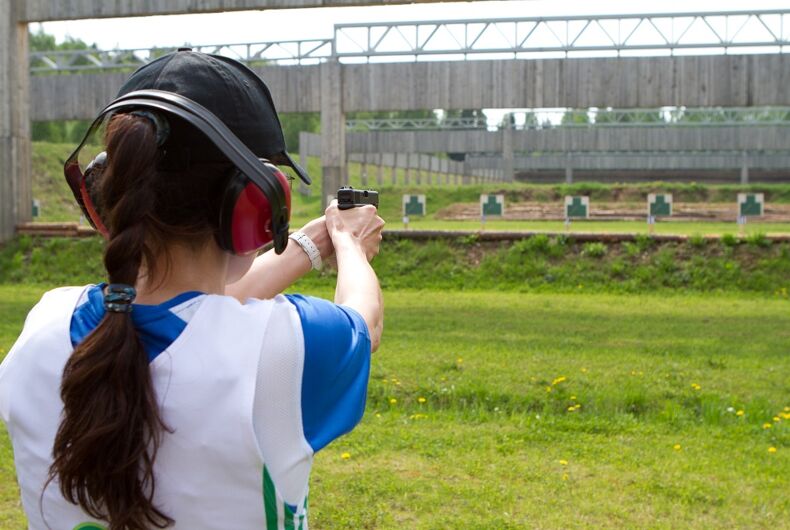 As campuses compete to offer prospective students the best amenities, one is giving them something that they won’t find in many other schools.

The 600-acre gun range is described as “state of the art,” making Liberty the only college in America with a shooting range that could be used in the Olympics.

“Our president, Jerry Falwell Jr., and his father, Jerry Falwell, Sr. have a saying that ‘if it’s Christian it should be better’ – so we’re going to make it not only safe and competitive, but beautiful,” said Liberty’s planning coordinator Brad Butler.

“Jerry Falwell, Jr. is definitely a visionary when it comes to developing collegiate programs and activities that the students really want to be engaged in,” he said. “Without his bold leadership and the support of the Second Amendment, we probably wouldn’t be developing a project as nice and sophisticated as this.”

The students seem to like the shooting range. One noted that learning how to use weapons has taught him a lot about Christianity.

“Coach Hartman has really helped us out a lot,” sophomore Landon Dalton said. “He’s a very godly man and a great coach and he’s helped us grow as teammates and as shooters, but, more importantly, as better Christians.”