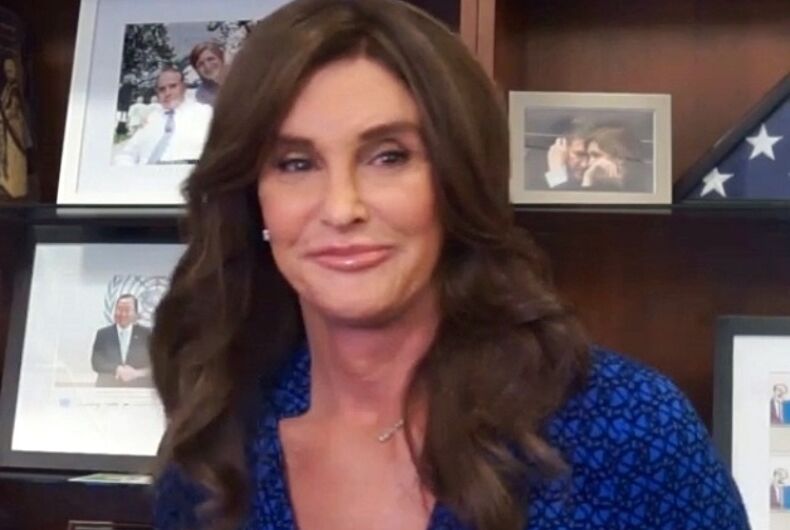 Caitlyn Jenner, who was one of the most famous LGBT Trump supporters in 2016, has called Donald Trump “the worst.”

“As far as trans issues, this administration has been the worst ever,” she told Newsweek at the Champions of Jewish Values International Awards Gala on Thursday.

“They’ve set our community back 20 years, easily,” she said. “It’s going to be hard to change, but we’ve been through these types of things before and we’ll continue to fight it.”

The Trump Administration has refused to even discuss transgender equality with members of Congress. The Washington Blade reported this week that the Congressional Transgender Task Force asked to meet with the civil rights offices at the Department of Homeland Security and the Department of Justice, but were turned down.

On February 13, the lawmakers sent a letter to eight different departments in the Executive, asking for meetings.

“During the first year of the this administration, transgender Americans have endured a systematic attack on their dignity, rights and freedom,” the letter said.

Only two have responded.

Jenner said that she has not met with Trump since the inauguration. “I did come back to the inauguration to meet people. And out of that I have built some very nice and good relationships with the Republican Party, but I have not been back to see Trump.”

In 2016, Jenner said that Trump “would be very good for women’s issues” and that she “would never ever ever vote for Hillary.”

In 2017, she held out hope that she could talk to Trump and change his mind, as if one meeting with her would outweigh all the meetings Trump has with conservative lawmakers and advisers, the pressure the GOP base puts on Republican lawmakers to oppose LGBT equality, as well as Trump’s own transphobia.

Jenner’s comments on Thursday only discussed the Trump Administration in the context of transgender issues. She said last year that she still likes Republicans better because she is in favor of “less government,” but she stipulated that transgender equality is a special case where the government is needed.

This man admitted to killing a trans woman. He won’t face charges.

Conversion therapist found guilty of having sex with his male patients