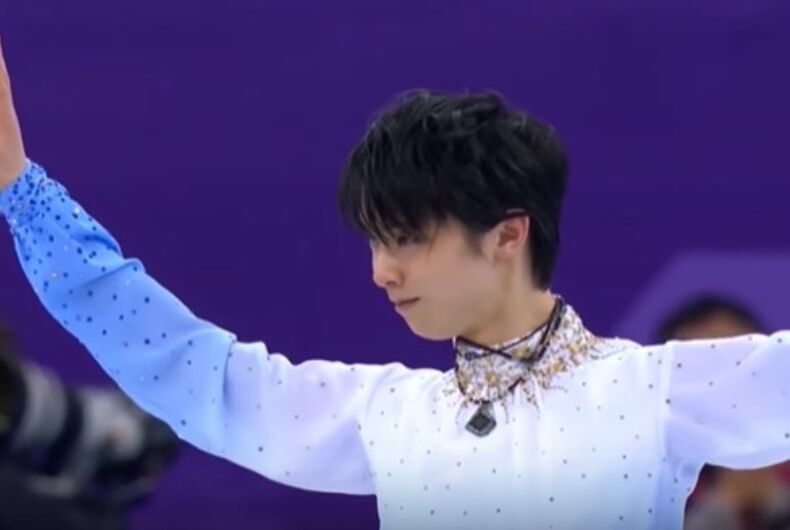 Yuzuru Hanyu isn’t as well known to Americans as gay Olympic figure skater Adam Rippon, but after last night’s spectacular performance in PyeongChang, he should be. Hanyu may not be an out athlete, but he slayed the competition.

Rippon had a solid performance, but judges docked him for a wobbly landing during a triple axle. His lack of quad jumps hurt his overall score. With a score of 87.95, he was briefly in the top spot.

Hanyu, who really really loves Winnie the Pooh, is the defending gold medal champion. He finished with 111.68 points for his flawless performance.

Note: It appears the Olympic Committee has complained about the video below from a fan attending the event as a “copyright violation.” The video isn’t embeddable from NBC, but you can watch it here.

Maybe the Florida school shooter was a white supremacist. Maybe not. The threat to us is still real.